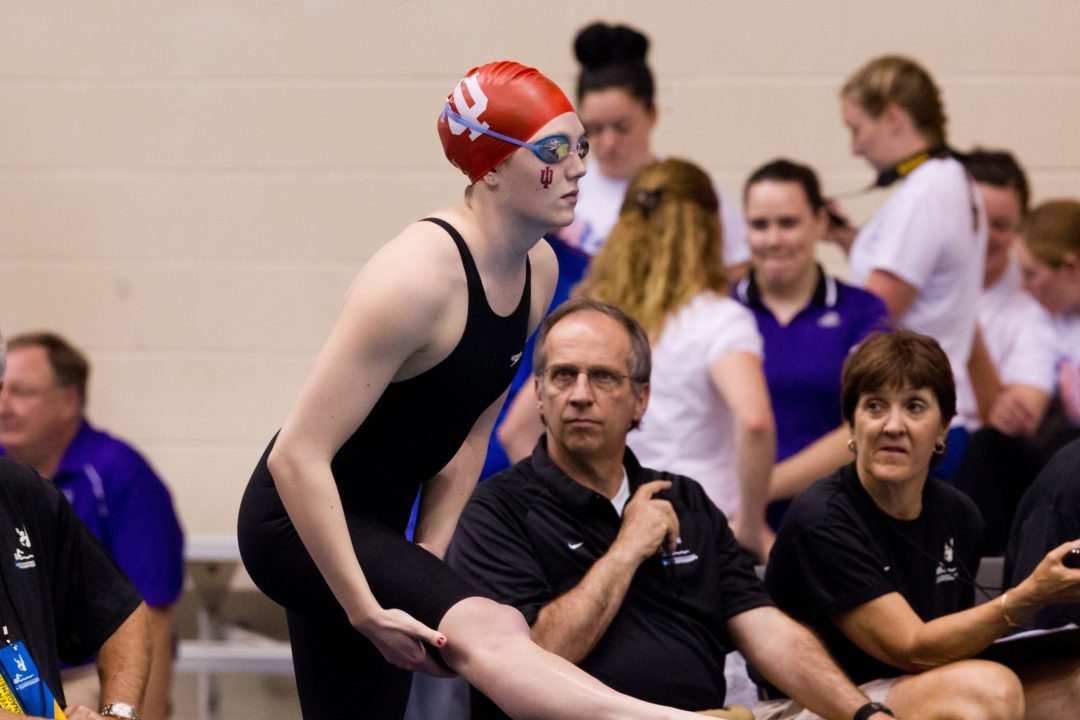 Indiana's Lindsay Vrooman has been named the Big Ten Swimmer of the Week. Archive photo via Tim Binning/TheSwimPictures.com

The Big Ten has announced their women’s swimming & diving weekly honors, and they’ll all be in the hands of red this week.

Vrooman earned an NCAA Automatic Qualifying time in the 1650 free at the USA Winter National Championships with a 15:54.68. That swim made her the runner-up to Katie Ledecky’s unbelievable American Record.

She also placed 4th in the 500 yard free and won the C-Final in the 200 yard free. This is her second Swimmer of the Week Award this season.

Dalesandro continued to impress and surprise during her freshman season. She placed 6th in the 100 fly (52.93) and the 200 fly (1:56.78) at Winter Nationals. Dalesandro’s best times coming into her freshman year at Indiana were 53.8 and 2:01.6, respectively. She’s swum the 5 best times of her career in each event since coming to Bloomington.

Filipcic won the 3-meter diving at the Hawkeye Invitational, and qualified on both springboards for the NCAA Zone Diving championships, which in the process earned her the first Big Ten Diver of the Week award in the history of Nebraska’s program.

The full rundown of each swimmer’s accomplishments, plus all of this season’s winners, are below, courtesy of the Big Ten.