Near-Tragedy in Illinois Reminds Coaches of Dangers of Hypoxic Training 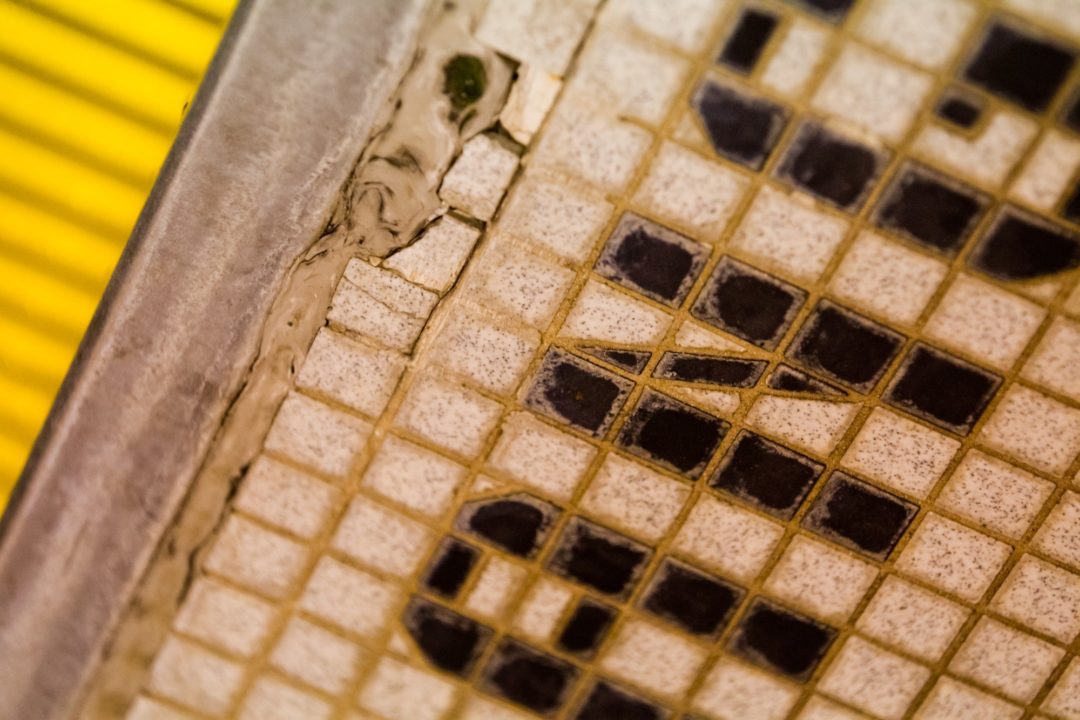 Cinenewsnow.com, a local news station in the Chicago area, is reporting of a near-tragedy at Peoria’s Notre Dame High School that was averted by one swimmer’s quick thinking.

16-year old Alex Bousky was trying to break a breath-holding record, and after 75 yards he passed out and suffered a seizure at the bottom of the pool. After a teammate noticed his absence, 17-year old Charlie Cain jumped into the water and pulled his teammate to safety. The team and the coach then took all appropriate actions, turned him onto his side, and called an ambulance.

“I went over to make sure he was okay, I didn’t expect to find him,” said Cain to Cinenewsnow. “He was on the bottom of the pool. I brought him up and over the wall and our coach got down to pull him out. All the guys were doing stuff for him, we opened the doors up and we got him on his side. One of the guys found someone to call the ambulance.”

Cain was trained by his coach, Steve Frye, in a Red Cross lifesaving class. Even though he was never a lifeguard, he took the class in hopes of furthering his medical career, according to the article.

Cain’s heroics are certainly to be commended, but this is another scary reminder about the dangers of these sorts of underwater challenges.

The dangers posed to swimmers at practice has been highlighted by two recent incidents at two of the country’s major clubs. In one case, a teen at SwimMAC was transported to a hospital by ambulance after nearly drowning. In the other, tragedy was not averted when teenager Louis Lowenthal drowned at the North Baltimore Aquatic Club. There are still no firm details (and may never be) about precisely what happened in that situation. Aside from highlighting the risks, both of these cases also highlight the importance of having as many trained lifeguards on deck as possible; both in a formal role, as well as coaches and other athletes who might be observing practices.

While USA Swimming has not issued a specific ban on the type of challenge activity described above, some organizations like the YMCA have issued bans targeting these extreme challenges.  Regardless of bans, such challenge activities continue to occur in our pools.  In order to maintain a safe training environment, coaches are expected to consider the age, distance and recovery time when undertaking any breath control training and never push or challenge their athletes to place themselves in duress or a dangerous situation.  The Safety Training for Swim Coaches course, required of all USA Swimming member coaches, addresses the issue of inappropriate hypoxic training.

Hi, I’m Charlie Cain and my buddy told me that Alex and my story was on here. I just want to clear a few things up. First, Alex did that on his own. One of our coaches told him not to do it, but when he left early Alex did it (our main coach was still there). He made it through one 75 fine. About ten minutes later he tried the second one and passed our on the flip turn. Second, another team mate, Grant Streid, noticed he was missing; not me. I swam over and pulled him up from the 12ft end, but Grant had the presence of mind to actually point out that Alex might be in trouble.… Read more »

Interesting article here. Here is a coach who appears to have been a high level, successful and respected coach (until recently), who has had multiple black-out and convulsion incidents in his practices, in as many years… without raising any concern from the organization. According to this discussion, you would have thought that someone at this level would know how to safely conduct hypoxic training… If even some experienced and successful Div 1 college coaches don’t know where that line is… I am guessing there are many others who do not know either… Maybe we need some parameters after all…

I tend to agree with an above comment that hypoxic training is critical to developing mental toughness, especially in sprinters. We commonly will do 50 meter underwater challenges, but with that being said all of our coaching staff, lifeguards and swimmers have been briefed about the dangers of shallow water blackouts and everyone really watches out for each other during the sets. Often times the danger doesn’t come from a single long hypoxic swim, but from the gradual decrease in tissue oxygen saturation over a series of shorter interval swims. Athletes can suffer a shallow water blackout without any warning, without a strong urge the breathe. As long as all involved are aware of the dangers and the coaches watch… Read more »

I’m a 19 year old swimmer and we did a six-weel long hypercapnia research / training which consisted of three practices per week where we’d ride a stationary bike or an orbitrek for 35-40 minutes. We’d hold our breath for 20-25 seconds, exhale, inhale and exhale and then hold again for 20-25 seconds, repeating the process for 35-40 minutes. It was tough stuff, sometimes we’d do it for more than 25 seconds and sometimes we’d go for max breath holding, but we’d turn off the stopwatches then and do it one at a time so we wouldn’t feel a need to compete amongst ourselves and go beyond our abilities.
It was all done under supervision of Goran Colak, a… Read more »

I can’t believe we’re now debating whether or not being able to hold one’s breath longer while at peak lactate is “good” or “faster” than not being able to. Countless examples have already been referenced….

I think everyone here would agree that a swimmers ability to hold his breathe and stay under water longer while exploding off the walls on every turn of an event is makes for faster times! Everyone knows that the “fifth stroke” IS the fastest stroke. “Specificity of training” is the most important concept in exercise physiology! It’s just the physiological mechanisms of the adaptation and the parameters of the training to get there, that are in question (at least for me!). … How much of training should go to specifically hypoxic sets? All those people you mentioned don’t JUST do hypoxic training. They do many other things including well designed sets to improve lactate threshold, VO2max, efficiency, etc… How do… Read more »

What is good O2? You may know something I don’t, but John B. West says that you won’t desat much lower than 94%, even at max exercise. If you are 94% saturated with O2, how much more oxygen do you really need? As a pulmonary physiologist myself, it confuses me why you would talk about oxygen when it is known that, especially at the elevation of Indiana, it is the production of CO2 that would be the problem not intake of O2.

I agree that the term is somewhat ambiguous. Hypoxic training is a serious training technique. Trying to go 75 no air on a bet or a challenge is not a proper training technique but is rather just plain stupid and dangerous especially if coaches aren’t paying attention.

How can I learn more about how to design the best sets for this type of hypoxic training (the kind that is the serious training technique)? Can you recommend any current articles or book? … Does anybody else out there know?

I believe that there is enough case study and trend data to conclude that hypoxic work improves anaerobic performance and perhaps psychological performance. I seriously disagree that hypoxic training is just a mental toughness issue.

There are 46 papers referenced… On a quick scan, it looks like most, including the original paper are about altitude training conditions, which are different from “no air” conditions. #26 looks possibly interesting, but I can’t access it. (have you had a chance to look at it?) Which ones did you mean when you said, “the study does refer to other papers discussing improvement in anaerobic performance through hypoxic training.” ??? I wasn’t sure when I scanned the list.

And it looks like we ALL need to define what we mean by “hypoxic training” whenever we use the term. It can cover a lot of different types of sets/training, and just in this discussion it seems like everybody is… Read more »

Agreed, David. There’s nothing wrong with hypoxic training. It’s all about also being smart and not foolhardy, having your coach supervise closely, and listening to him about when and when not to do it.

Work up to it.

Not one person here has given a physiological justification for hypoxic training. Please, tell me what it really does for the body to help it swim faster when there is less oxygen. Does the body adapt somehow to actually use or require less oxygen? Or is it 99% a mental toughness thing?

It is a matter of chemosensitivity. The truth of it is, your body will rarely dip below 94% saturation of oxygen…mean theoretically there will never be a “Lack of oxygen”. When exercising, your body creates a large amount of CO2, by not exhaling it immediately, you are blunting the chemoreceptors which drive the need to breath. We don’t breath to get O2, we breath to let off CO2.

How does it make someone a better swimmer?

Below 90% puts you in the ICU on maximum oxygen.

Love: At rest, sure, I’d believe that. During exercise I would have to disagree strongly.

Chest: by blunting the chemosensitivity your body won’t signal the need to breathe as early or often. How does this make one a better swimmer? They can train and perform at a higher level is their ventilation is what limits them. They will also not have to break stroke mechanics to breath.

what!!!??? (do you have any exercise physiology credentials?)

I’d like to think so, but am open to hearing where you disagree.

I only know about at rest because iif O2 saturation is below 90% and not coming up once given supplemental O2, you’ll likely be staying at the hospital. Have tests been done on swimmers during workouts?

I don’t know any off the top of my head and I only have Internet on my phone at home so I don’t feel like doing a PubMed search, but I know there are studies out about chemosensitivity, saturation and exercise. Maybe not swimming specific but the information could sill be applied.

So, why do people like this guy pass out after only a 75? Is he just physiologically defective?

Not defective, but there may have been more to this than just a simple desaturation. However, if he hyperventilated before, it could cause his blood on become alkaline which leads to a vasoconstriction in the brain. With less blood flow to the brain he could pass out. I would guess this is what happened.

So the punishment for a child “being physically defective” should be death? What a repellent attitude.