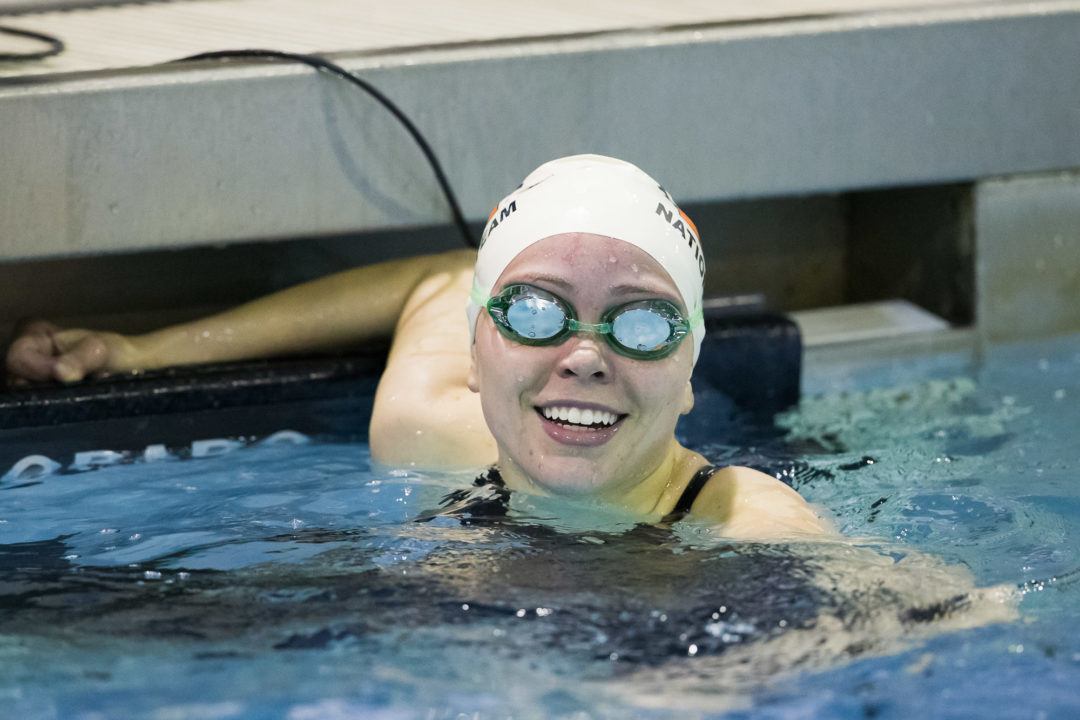 Notre Dame's Catherine Mulquin swam to 28th in the country in the 100 back at Purdue's last chance meet. Archive photo via Tim Binning/TheSwimPictures.com

The one day Purdue Last Chance Meet saw a handful of women lock up their commitments, and a slew of others who, while improving their chances, still sit firmly on the bubble for NCAA qualifying.

In the mid-day session, only 2 swimmers made attempts, and neither was close to a qualifying time. There was a better turnout for the post-finals time trials, though still not much luck on improving qualifying chances.