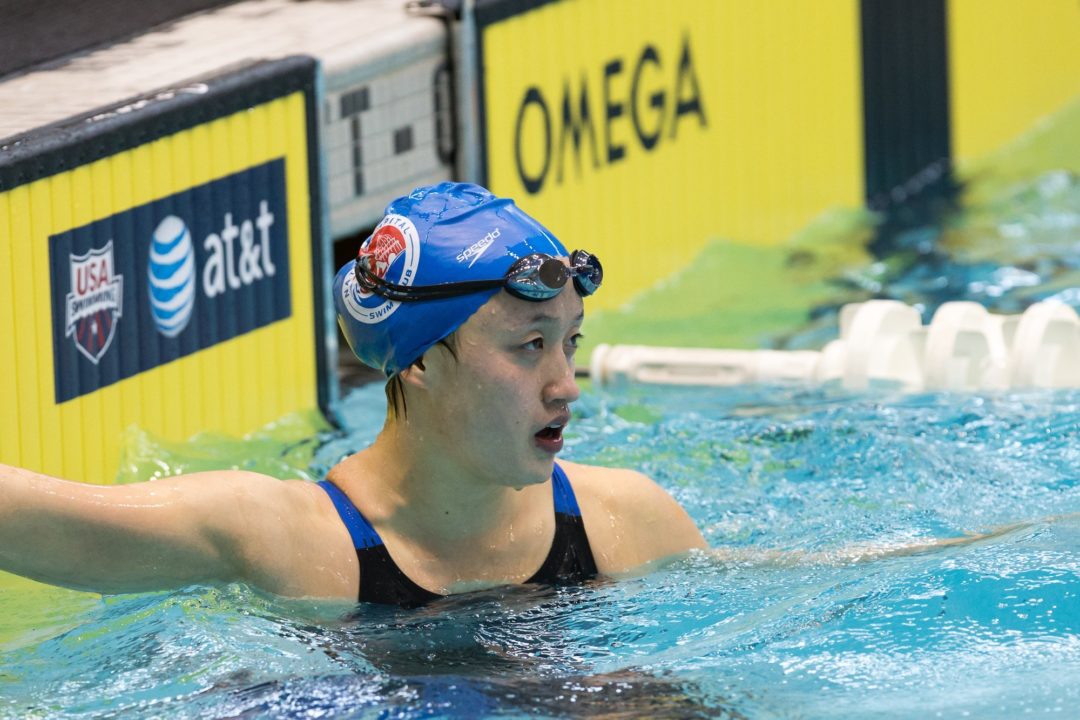 Janet Hu, as part of the NCAP 400 medley relay, got her third National Age Group Record of the day at Winter Nationals. Current photo via Tim Binning/TheSwimPictures.com

The SwimMAC girls still hold the 15-16 record, a record that they took from an NCAP relay that in 2012, book-ended then by Hu and Ledecky as well, had broken that mark. Hu was actually faster in that relay, but her leadoff here was exactly enough to match Baker’s, and get the relay out to a good start (though, the bulk of the difference here was thank to Ledecky’s amazing anchor leg).

This is almost the same relay as the one that swam the 200 yard free relay to a record, with the exception of the breaststroker Bailar taking the spot of Laura Branton.

It seems now nearly inevitable that they will at least get the 200 medley relay record on Friday, if not the other two relays as well.