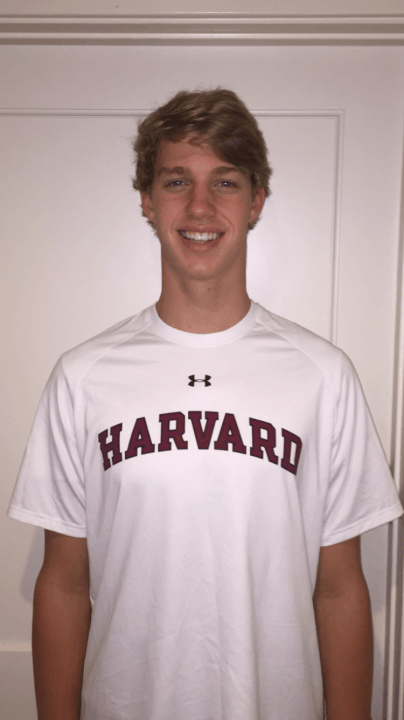 Gavin Springer has given a verbal commitment to the Crimson for the 2015-16 season.

Gavin Springer, who trains with Bruce Gemmell at Nation’s Capital Swim Club, has announced his commitment to swim at Harvard University, Class of 2019.*

Springer swims for Sidwell Friends School, where he won the 200 and 500 free at the 2014 Washington Metropolitan Interscholastic Swimming and Diving Championships. His 1:38.29 in the 200 free set a Metros record, while his 4:25.94 in the 500 didn’t quite catch Jack Conger’s mark, but it was good enough for an All-American auto cut. Springer shared the meet High Point award with NCAP teammates Carsten Vissering and Grant Godddard; the latter recently committed to Harvard as well.

Springer’s 500, 1000, and 1650 times would have all scored in the top-eight at the 2014 Ivy League Championships and his 200 free should be a welcome addition to a Harvard squad who will be losing an unproportionally-large group of outstanding freestylers when the class of 2015 graduates.

*DISCLAIMER: Springer has not yet been officially accepted to Harvard. As is true with all Ivy League schools, Harvard’s Admissions Office will not send its acceptance letter until the beginning of December, along with those of all Early Action candidates. The procedure for a recruited athlete like Springer is for Admissions to review his transcript and SAT scores, “support (his) application for admissions in the fall,” issue a Likely Letter, then offer him acceptance into the class of 2019.