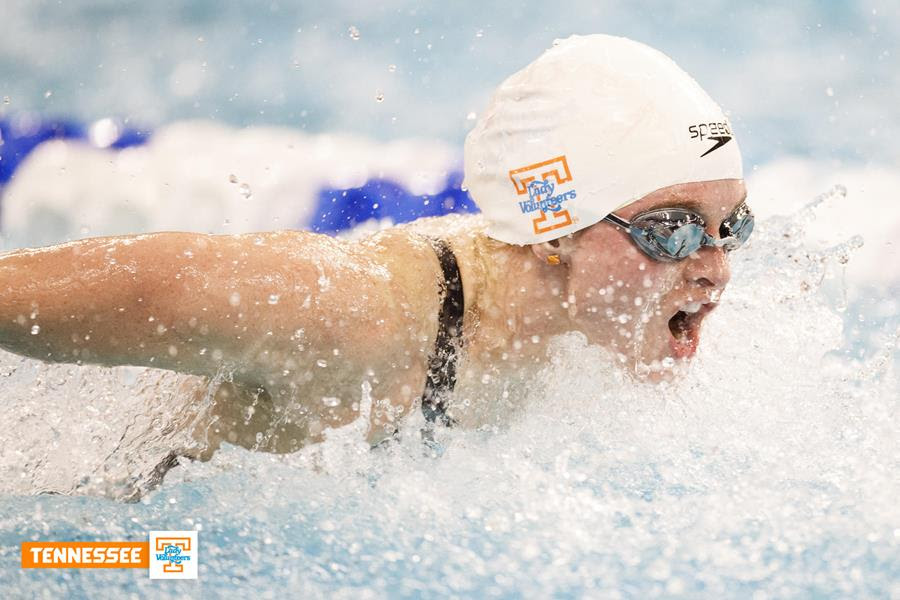 Tennessee's Erika Brown has the NCAA's top time so far this post-season in three events: the 50 free, 100 free, and 100 fly. Archive photo via Tennessee Athletics

What will follow are post-season NCAA top 10 ranks – the top 10 times in each event from the entirety of this year’s post-season meets so far. That includes all of last week’s action, but also a few “week zero” meets including MAACs and the America East Championships that took place the week prior.

For the women’s side, specifically, these will be getting close to final ranks going into NCAAs – though they don’t include women’s Pac-12s, a few other week 3 meets, or any last chance meets that will take place in the next week or so.

Can you imagine going 1:52.3 in the 200 back and having to swim in the end lane of a dual meet because your only the 4th fastest on your team? Insane.

Haley Hynes’ 100 back still stands as the 5th fastest time in the country this year even though she didn’t swim at conference.

As a former breaststroker, Kate Douglass being in the top ten in the sprint frees and the 200 breast just blows my mind.

I think Elite swimmers can swim everything at a fast level.