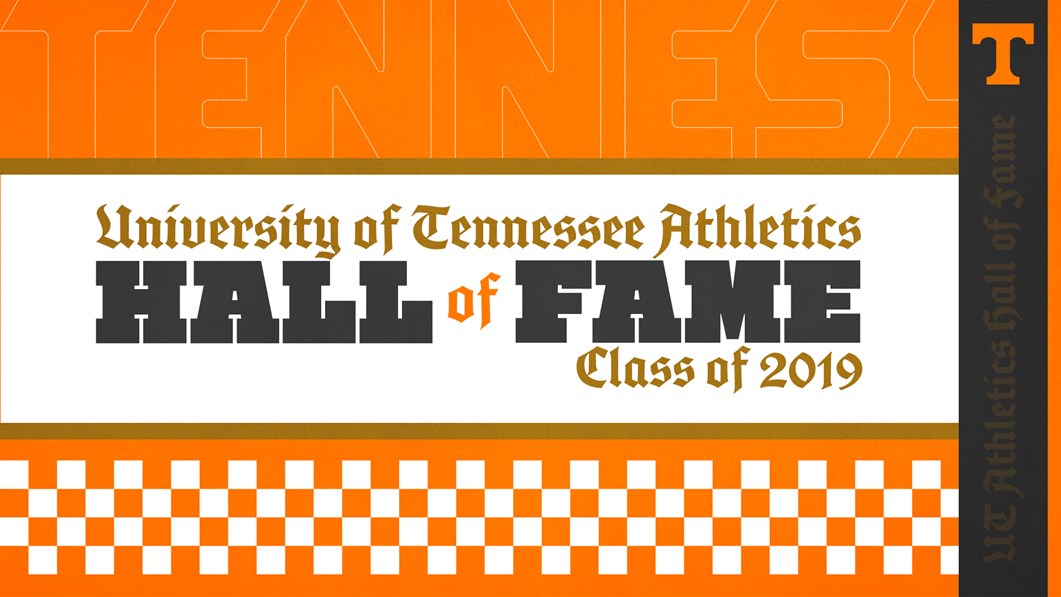 Tennessee named its six-person 2019 induction class for the Athletics Hall of Fame, including NCAA champion and SEC Swimmer of the Year Christine Magnuson. Current photo via Tennessee Athletics

The Class of 2019 will be celebrated during the weekend of Oct. 25-26—which coincides with Tennessee’s home football game against South Carolina—and the Hall of Fame activities will include an induction dinner at the Student Union on campus on the evening of Friday, Oct. 25. The inductees also will be recognized on the field at Neyland Stadium during the football game the following day.

Tickets for the induction dinner cost $75 and will go on sale next week.

“This collection of Tennessee legends is certainly worthy of this extraordinary honor,” Tennessee Director of Athletics and 2017 Hall of Fame inductee Phillip Fulmer said. “During their respective careers as Vols and Lady Vols, R.A. Dickey, Christine Magnuson, Tony Parrilla and Candace Parker not only exemplified excellence in competition and service, but also excellence in sportsmanship. They each accomplished great things individually while also taking pride in being great teammates and ambassadors for the University of Tennessee.

“As our head football coach, Doug Dickey won a national championship and introduced many of our treasured Tennessee traditions. And later, as athletics director, he oversaw an era of unprecedented growth and success. His legacy serves as a connection between our past and our future.

“Gus Manning’s service as an administrator dates back to his days one of General Neyland’s most trusted aides. Gus has impacted many lives, launched many careers and shaped Tennessee’s status as a standard bearer for how an intercollegiate athletics department should function.”

“It’s wonderful to celebrate our legendary athletes, coaches and administrators,” Fulmer said. “We want to allow our fans to be a part of this memorable evening, and I hope many of them will join us on Oct. 25.”

DOUG DICKEY
COACH/ADMINISTRATOR | 1964-69, 1985-2003
In six years as head coach, from 1964 through 1969, Doug Dickey rebuilt the Tennessee football program and guided the Vols to a national championship and two Southeastern Conference titles. He also introduced UT’s famous checkerboard end zones and the “Power T” logo. As the university’s athletics director for 18 years starting in 1985, he managed a growing budget and administered a massive facilities overhaul. During his tenure as AD, Big Orange teams brought home 10 national championships, 38 SEC titles and captured more than 500 first-team All-America honors while positioning Tennessee as a beacon of intercollegiate athletics excellence.

R.A. DICKEY
BASEBALL | 1994-96
R.A. Dickey is one of the most decorated pitchers in the history of Tennessee baseball. The Nashville native is the program’s only three-time first-team All-American (1994-1996) and was named the National Freshman of the Year in 1994 by Baseball America and Collegiate Baseball Newspaper after posting a school-record 15 wins. Dickey followed up his sensational freshman season by helping lead Tennessee to the 1995 College World Series, the program’s second overall appearance and first in 44 years. Dickey still holds program records for career victories (38), games started (54) and innings pitched (434.0), while also ranking second in career strikeouts (345).

CHARLES A. “GUS” MANNING
ADMINISTRATOR | 1951-2000
Gus Manning held a plethora of roles during his nearly 50 years of service to the University of Tennessee, including administrative assistant, publicity director, ticket manager, business manager to assistant, associate and senior associate athletics director. The Knoxville native served eight ADs and 11 head football coaches during his career at UT. He attended 608 consecutive Tennessee football games from 1951 to 2003 and also attended 455 consecutive Tennessee football home games, a streak that ended in 2017. From 1960-2016, Manning co-hosted “The Locker Room” radio show which aired on The Vol Network on Tennessee football gamedays and remains the longest, continuous-running sports radio show in the country.

CHRISTINE MAGNUSON
WOMEN’S SWIMMING & DIVING | 2005-08
Christine Magnuson stands as one of the most decorated women in Tennessee swimming & diving history. Magnuson was the 2008 NCAA champion in the 100-yard butterfly and garnered several honors that year, including 2008 SEC Swimmer of the Year and 2008 SEC Scholar Athlete of the Year. She also received the 2008 SEC Commissioners Trophy as the high point-scorer at the SEC Championship meet. An Illinois native, she was a 23-time All-American and a three-time All-SEC performer. Magnuson also was a four-time SEC Champion in three different events (50 free, 100 free, 100 fly) during her career on Rocky Top.

TONY PARRILLA
MEN’S TRACK & FIELD | 1991-94
Tennessee track & field great Tony Parrilla won four NCAA 800-meter titles—three outdoor (1992, 1993, 1994) and one indoor (1994) —during his career as a Volunteer. The Homestead, Florida, native was a nine-time SEC champion, and he captured the outdoor 800-meter title all four years of his career. Parrilla was a 10-time All-American and was named the 1994 SEC Men’s Track & Field Outdoor Athlete of the Year. His oldest son, Jose Parrilla, was a member of Tennessee’s track & field team for two seasons from 2017-19.

CANDACE PARKER
WOMEN’S BASKETBALL | 2005-08
One of only six Lady Vol basketball players to have her jersey hung in the rafters of Thompson-Boling Arena, Candace Parker led Tennessee to back-to-back national championships in 2007 and 2008 and was named NCAA Tournament Most Outstanding Player both years. The Naperville, Ill., native was a two-time recipient of both the John R. Wooden National Player of the Year Award and the USBWA National Player of the Year Award. She also was a three-time All-American and All-SEC honoree, ranks third on Tennessee’s all-time scoring list with 2,137 career points and was the first woman to dunk in an NCAA Tournament game, doing so twice vs. Army on March 19, 2006. She finished with a school-record seven slams during her career.

To be inducted into the University of Tennessee Athletics Hall of Fame, selection criteria includes the following areas of consideration: