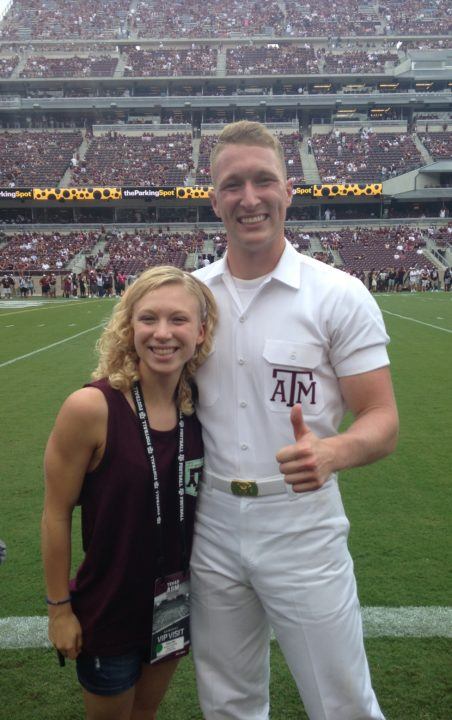 Bentonville, Arkansas’ Taylor Pike, number 9 on the SwimSwam list of top 20 recruits in the girls’ high school class of 2017, has announced her verbal commitment to swim for Texas A&M. Current photo via Taylor Pike

Bentonville, Arkansas’ Taylor Pike, number 9 on the SwimSwam list of top 20 recruits in the girls’ high school class of 2017, has announced her verbal commitment to swim for Texas A&M.

“I’m excited to announce my commitment to swim at Texas A&M next year! I chose Texas A&M for many reasons. Steve, Tanica, and the Aggie girls have created a strong, consistent, world class swimming legacy! The girls are so connected that they’re like a true family. Aggies are the most passionate, classy, and friendliest people that I have ever met. I can’t wait to be part of the Aggie family! Gig ‘Em!!”

Pike was crowned 18-and-under national champion in the women’s 10k at the 2016 USA Swimming Open Water Nationals. She went on to compete for Team USA at the FINA World Junior Open Water Swimming Championships in Hoorn, Netherlands in July, and will race in the FINA Open Water Hong Kong World Cup in October.

Pike is a senior at Bentonville High School, where she is the 2016-17 Swim/Dive Team Captain. She holds Arkansas High School state records in the 100 fly and 200 free, and has broken 15 Arkansas LSC age group records over the years. Throughout her high school career she is undefeated at the state level, winning a combined six titles in the 100 fly, 200 free and 500 free.

So proud of you.