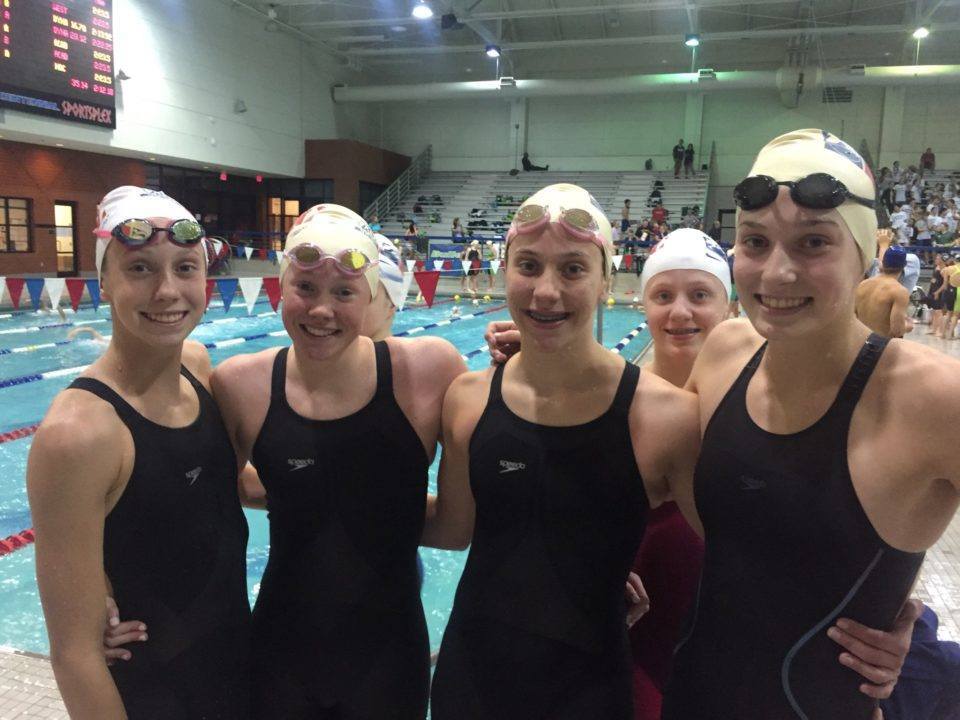 The 13-14 girls from the Nashville Aquatic Club have broken the National Age Group Record in the 400 free relay on Thursday evening at their home-hosted Speedo Summer Sizzler.

Three of those four swimmers were a part of the 13-14 National Age Group Record in the 400 medley relay last year. Leadoff leg Gretchen Walsh is the unique piece on this relay.

The group was led by their star age groupers Nelson and Walsh, who were born within a month of each other and will travel together in a week to the 2016 U.S. Olympic Trials as two of the youngest swimmers at the meet.

Walsh showed her form on Friday night in an event that’s not one of her primaries, but emphasized her ever-increasing versatility. She placed 2nd in the open age group in the 100 breaststroke with a 1:09.98 in the 100 long course meter breaststroke. That’s almost a full-second improvement on her best time and makes her just the 8th 13-14 in history to go better than 1:10.

Amanda Beard is still well ahead of that pack with a 1:08.09 that at the time was an American Record.

Walsh will be a top-16 seed in the 200 back at the Olympic Trials next week, and that’s viewed as her most likely shot at making a final at that meet. There was only one backstroke race on Thursday, the 50, but Walsh didn’t swim it.

It’s currently Thursday??? What’s up with the Friday reference and the 2013 date?

Hope Gretchen gets the 100 free cut this weekend!! Then I think she’ll be the youngest qualifier??!