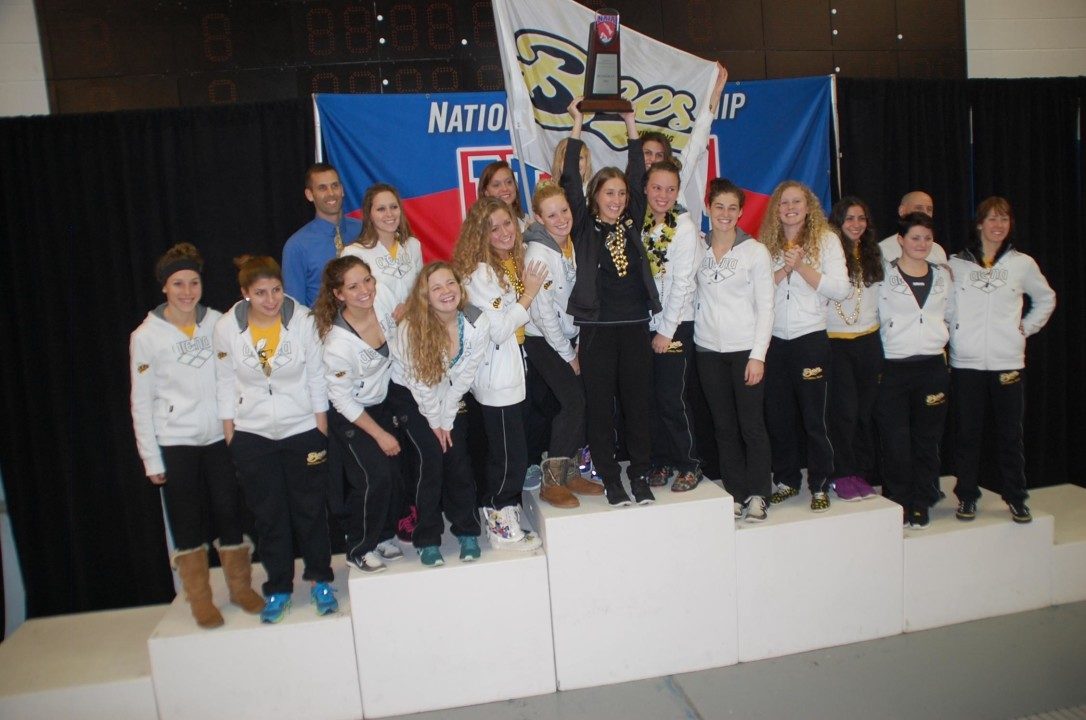 The National Association of Intercollegiate Athletics (NAIA) announced today that it had reached an agreement to house the 2016 and 2017 NAIA Men’s and Women’s Swimming and Diving National Championships at the Columbus Aquatic Center in Columbus, Georgia. The 2016 championships are scheduled for March 2-5, while the 2017 event takes place March 1-4. 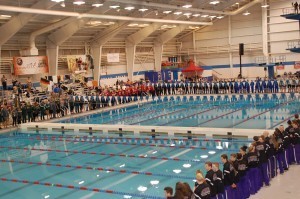 The NAIA held its national championship meet at the Oklahoma City Community College Natatorium in Oklahoma City, Oklahoma from 2012-15, and had contracted with the OCCC through 2017. However, OCCC president Paul Sechrist announced in April that the pool would be closing, due to “functional and physical obsolescence,” and that it would shut its doors permanently after Labor Day weekend. That left the NAIA scrambling to find a new venue for its 2016 and 2017 championships. Today the association announced it had come to an agreement with the Columbus (Ga.) Sports Council, an organization with whom the NAIA had previously worked during the hosting of the 2013 and 2014 NAIA national softball championships.

Defending NAIA men’s and women’s team champions, Oklahoma Baptist University, have moved to NCAA Division II this year, so the field is wide open for a new national NAIA champion at the new venue in Columbus.

“The NAIA is excited to renew its partnership with the Columbus Sports Council,” said Jim Carr, NAIA President and CEO. “Columbus delivered a great experience for our softball student-athletes, and we are confident that they can take our swimming and diving championships to the next level. Our student-athletes deserve an experience that they’ll remember for a lifetime, and Columbus is committed to helping us achieve that goal.”

Opened in 2013, the Columbus Aquatic Center is a 57,000 square foot natatorium that features a 10-lane, 50-meter Olympic swimming pool, and a diving well with multiple springboards, including 1-meter and 3-meters. Additionally, there is a mezzanine level that has raised seating for 900 fans. The venue serves as the home of the Columbus Hurricanes USA Swim Team, which is a year-around USA Swimming affiliated club.

“We are ecstatic to work with the NAIA again and have the opportunity to host the swimming and diving championships in Columbus,” said Merri Sherman, Columbus Sports Council Interim Director. We have a great team in Columbus, including award winning parks and recreation, and the accredited Columbus Convention and Visitors Bureau that will all work hard to ensure a successful championship. We look forward to working with the NAIA team to provide a quality event that will create great memories for all involved.”

Founded in 1995, the Columbus Sports Council is an organization that strives to make a positive impact on the greater Columbus region through sporting events. The flagship event for the group since its inception was the first-ever Olympic softball competition, which took place as part of the 1996 Summer Olympic Games.

The NAIA has sponsored men’s swimming and diving since 1957, when the inaugural championship was held in Edwardsville, Ill. The NAIA began sponsoring sport for women in 1981. The 1981 meet, which was the first combined men’s and women’s swimming and diving national championships, was held in Liberty, Mo. The current men’s and women’s national titles live with former member Oklahoma Baptist. The Bison won four-straight men’s championships from 2012-2015, while the women captured three-consecutive crowns (2013-2015).

Since 1937, the NAIA has administered programs and championships in proper balance with the overall educational experience. In 2000, the NAIA reaffirmed its purpose to enhance the character-building aspects of the sport. Through the Champions of Character program, the NAIA seeks to create an environment in which every student-athlete, coach, official and spectator is committed to the true spirit of competition through five core values: integrity, respect, responsibility, sportsmanship and servant leadership.

To learn more about the Columbus Sports Council, click here.

Portions of this information courtesy of the Columbus Sports Council

I’m very surprised the CrossPlex in Birmingham, AL wasn’t considered as a host site for NAIA Nationals. The venue and city are much nicer than Columbus, which is more known for Fort Benning than anything else.

This is a great site to host a meet and should be utilized by the city other than meets for local swim meets. Fort Benning has its own facilities so I find you comment incorrect. There are several pools on Benning for training.

Vote Up00Vote Down Reply
Been There

The Cross Plex is not team friendly, you are not able to bring in your own water and snacks for your team. And they do not run a great meet. The are still working out the bugs.