NA Recap: 5 American, Yet No World Records For U.S. On Day 1 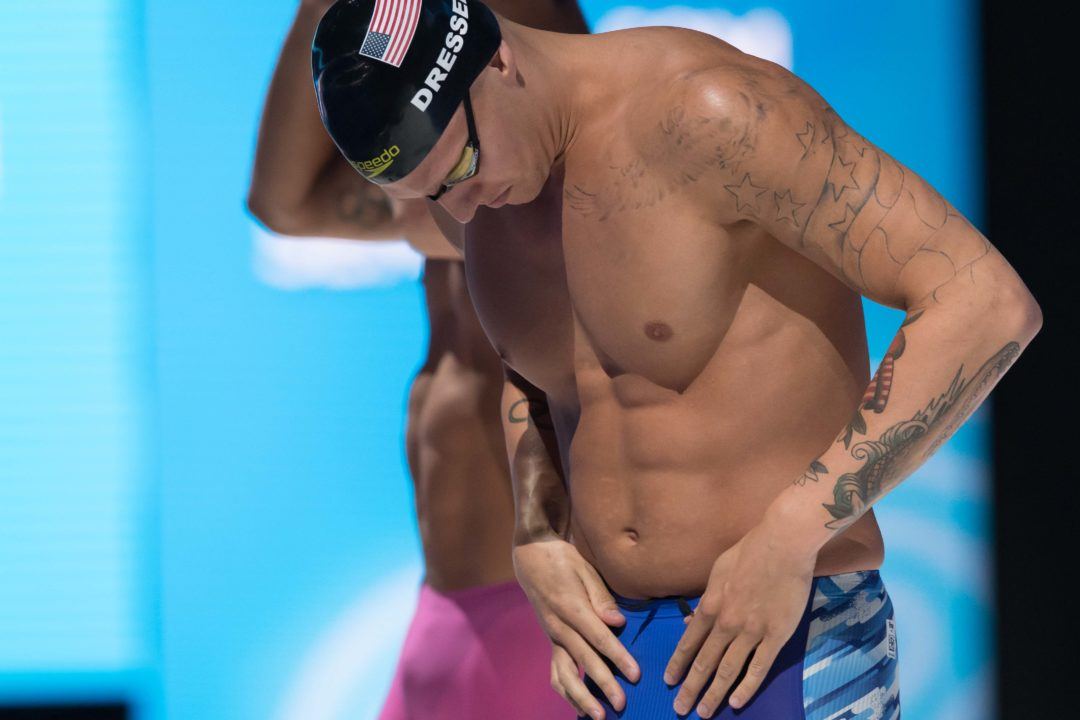 America has long been the dominant force in swimming. Breaking an American Record often meant you also broke the world record, or were at least really close, but that is no longer the case.

This isn’t a knock on the American swimmers, it’s simply recognition that the world continues to get faster and erase the gap that has previously existed between the Americans and everyone else.

Americans currently own 14 of the 40 LC world records (not including mixed relays), lightyears ahead of the next highest countries (Great Britain and China have 4 each), but they no longer reign dominance across a majority of events like in the past. On the U.S. World Championship team, only two swimmers hold an individual LC world record: Katie Ledecky and Ryan Murphy.

Kevin Cordes broke his American Record by a tenth, lowering it to 58.64, but is still over 1.5 seconds behind world record holder Adam Peaty. Mallory Comerford had an incredible lead-off in the women’s 400 free relay, breaking the American Record in 52.59, but is still nearly nine tenths back of Sweden’s Sarah Sjostrom.

The world has caught up, and that just makes everything all the more interesting.

Here’s a breakdown of all five American Records broken on day 1:

Other Record Swims From North Americans On Day 1:

The U.S. was the only North American country to medal on day 1, with Canada narrowly missing bronze in the women’s 400 free relay in 4th.

Ledecky delivered the first American gold of the meet in the 400 free, and Leah Smith added a silver with her runner-up performance.

The 400 free relays got the job done to finish the session off, both winning gold in close races. The American men regain the world title for the first time since 2009, while the women get theirs back after losing it to Australia in 2015.

Why is Dressel ‘deleting’ his eagle tattoo? Can someone please explain!?

He said he’s replacing it with a Florida Gators sleeve tattoo. Bums me out. That Eagle tattoo was awesome

He said in an interview that he wants to get a full sleeve done by a single tattoo artist, the same one who did the gator head and flowers on his forearm, so everything flows better. He’s is fading out the one on his shoulder and getting more ink later.

I’ve been curious about this as well. Anyone know how expensive and painful is it to go through a large tattoo removal process?

It’s said to be more painful than getting the tattoo itself, which is fairly painful to begin with and can range from 60-300$ per session with multiple sessions being required for larger tattoos and darker ink. At least that’s what I discovered after 2 minutes on google

Hurts less than a swim practice.

Also, don’t you need to take a couple days out of the water after a tattoo? How does he get them without missing practice?

Does anyone know what suit he is wearing ?