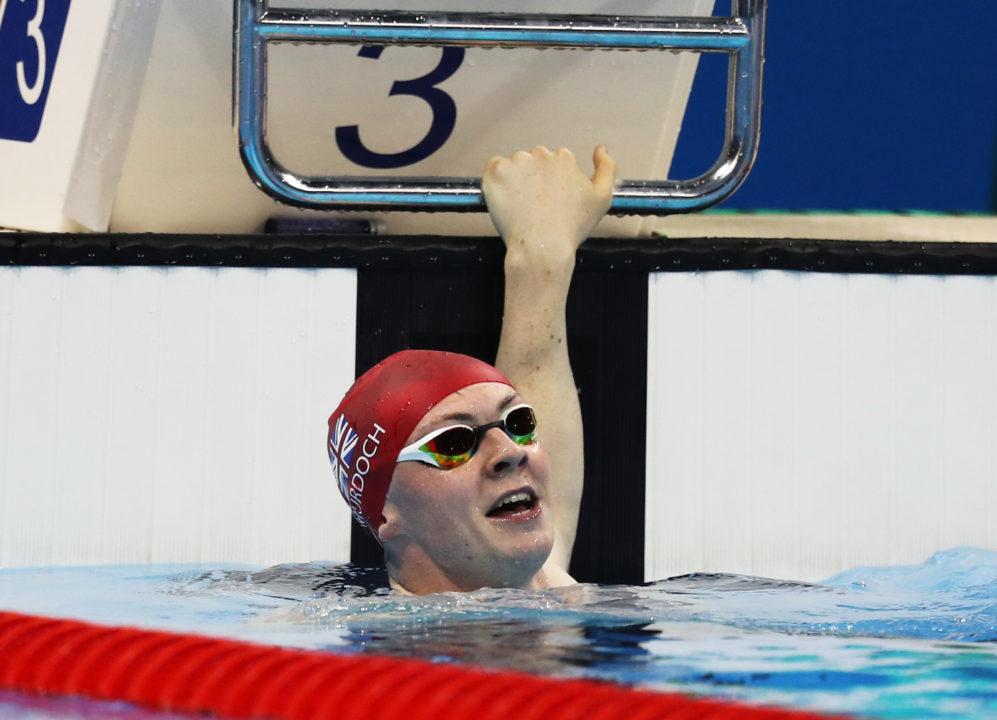 Ross Murdoch lowered his own national record in the 50 breaststroke during prelims of the 2018 Scottish Short Course Nationals. Archive photo via Ian MacNicol/ScottishSwimming

With only the first day’s heats session underway, already two Scottish National Records have bitten the dust at the 2018 Short Course National Championships.

While competing in this morning’s heats, 24-year-old Jack Thorpe of Edinburgh blasted a new national standard to take the top seed in the men’s 50m freestyle. Clocking 21.55, Thorpe overtook his own NR of 21.82 set just last month at the British Universities & Colleges Sports Championships. That sub-22 effort had overtaken Olympian Duncan Scott‘s previous mark of 21.92 set back at the 2016 British Universities & Colleges Sports Championships.

Scott was indeed in the prelims this morning at the Royal Commonwealth Pool, securing the 5th seed in 22.17, so he may be out to reclaim what once was his come tonight’s final.

The other record that went down involved 2018 Commonwealth Games silver medalist Ross Murdoch. The University of Stirling swimmer nailed a new national mark of 26.56 in the men’s 50m breaststroke, shaving .13 off of his own previous record. That time stood at 26.19 from this same meet back in 2015. Murdoch represented the only racer of this morning’s field to touch under the 27-second threshold and we’ll see if he has more in the tank come finals.

We can only dream