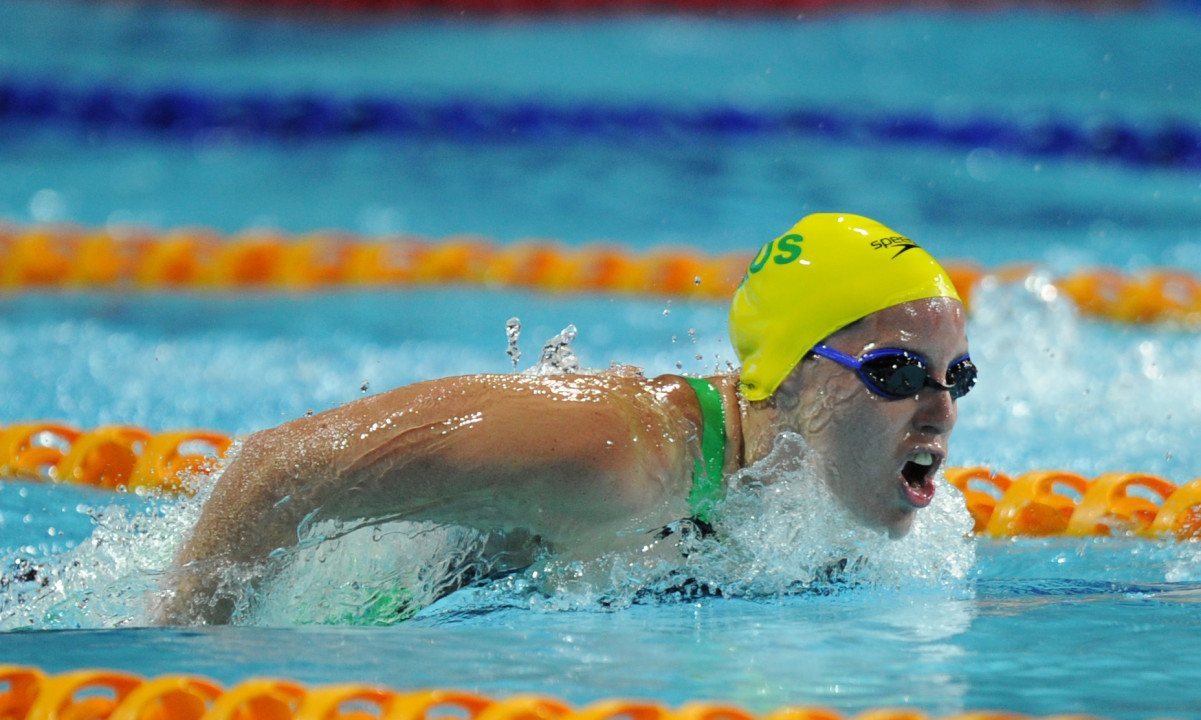 Alicia Coutts was one of many swimmers to make their way into the world top 10 rankings today, swimming a sixth in the world 2:12.05 in the 200 IM. Current photo via Scott Davis 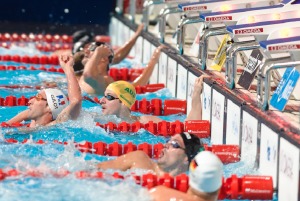 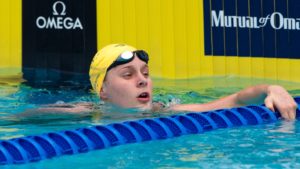 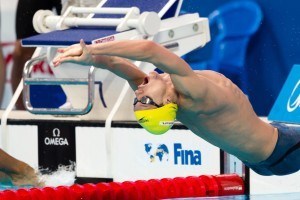 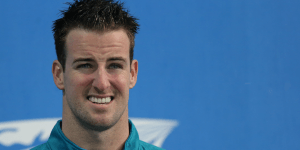 The final day of the 2016 Victorian Open Championships saw some huge swims from Australia’s top athletes.

Australian golden boy Mitch Larkin grabbed a big win tonight in the 100 back with 52.85, a second and a half ahead of the field. That time would be fast enough to crack the top 10 world rankings, if Larkin already wasn’t at the top of the list with a 52.11 from the FINA World Cup in Dubai.

Georgia Bohl posted a top five ranked 50 breaststroke, swimming 30.92 to move up to fourth in the non-Olympic event. She also moves into the all-time Australian top 10 in the event, sitting seventh in between Leisel Jones and Sally Hunter. In this season’s world rankings, she is now just three quarters of a second from #1 Jamaican breaststroke star Alia Atkinson.

Reigning Australian champion in this event Emma McKeon finished the 200 freestyle in 1:56.29, just two tenths off her best time this year, a 1:56.09 that ranks her third in the world. Bronte Barratt was close behind with 1:56.66, a swim which moves her up to eighth in the rankings.

James Magnussen continued to score well in his comeback meet with a win in the 50 free, dropping nearly half a second off his prelim time for 22.51. His Ravenswood teammate William Copeland grabbed second place just behind in 22.57.

Magnussen’s most impressive swim of the night did not result in a win, however. His Ravenswood team (alongside Copeland, Elliot Long, and Mitchel Falvey) took third in the 400 free relay, but Magnussen’s 49.32 lead-off leg was the fastest split out of the event, and it beats out his 49.35 from earlier this weekend. The swim wasn’t quite enough to crack the world top 25 rankings (that takes 49.20), but it’s very solid for a swimmer who admits he is “rusty” at this meet.

17-year-old Matthew Wilson just missed the Australian National Age Group Record to win the 200 breaststroke. His 2:13.37 was just a quarter of a second away from Simon Cowley‘s 2:13.13 from 1998. Second in the event went to Lennard Bremer in 2:14.26, and Scottish Olympic silver medalist Michael Jamieson finished well behind in fourth with 2:17.23.

“Western Australian Junior Athlete of the Year” Brianna Throssell moved up to 14th in the world with a 2:09.49 to win the 200 fly.

I really want to see Emma McKeon click, she has the potential to surprise everyone and do something really special! But it just hasn’t worked out yet…..

One of the stand out swims of the Championships was multi class Qld swimmer Rowan Crothers. Reclassified in December ’15 from S9 to S10 swimming a 56, he posted a 52.68 ranking him no3 in the World. Had he swam this in the able bodied event he would have ranked 38 from 119 swimmers open swimmers beating some notable freestylers. Not bad.

The no 4 swimmer on Maggie’s relay team was his coach splitting a 53.