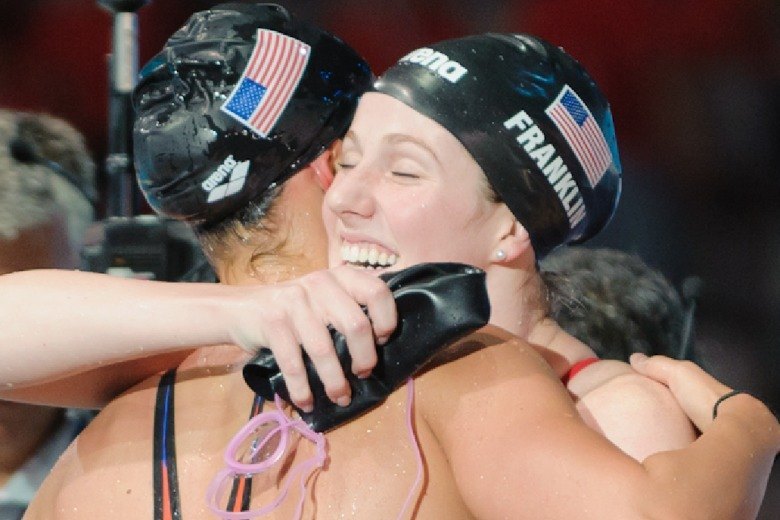 The Sports Illustrated staff added Missy Franklin to their top 100 Twitter users list and believes her Twitter account is "essential to your daily routine for finding news, information and entertainment from the sports world." photo via Victor Puig

Missy Franklin made the official list and posted on her Twitter account, “Thrilled to be on @SInow #SITwitter100! So cool! Thank you so much!” Franklin has always been very interactive with her fans and twitter followers. She is consistently giving shout-outs to fans and responses to those who tweet at her. With more than 370,000 twitter followers, Missy finds a way to manage her popularity, taking time to acknowledge her fans.

Missy is the only swimmer who made the list, though the United States Olympic Committee was also included among the legions of largely big-money professional athletes. She is among the few amateur athletes to make the Top 100 list, along with college football star, Johnny Manziel. Sports Illustrated listed their reason for choosing to add her to the list as:

“With shared photos of close friends and family, and shout outs to favorite spots in her Colorado community, Franklin’s Twitter feed perfectly reflects the journey of a young girl growing up as an Olympic champion. With followers such as Broncos wide receiver Eric Decker, Franklin has no problem expressing her enthusiasm for her favorite Colorado sports teams — oh, and Bill Nye the Science Guy.”