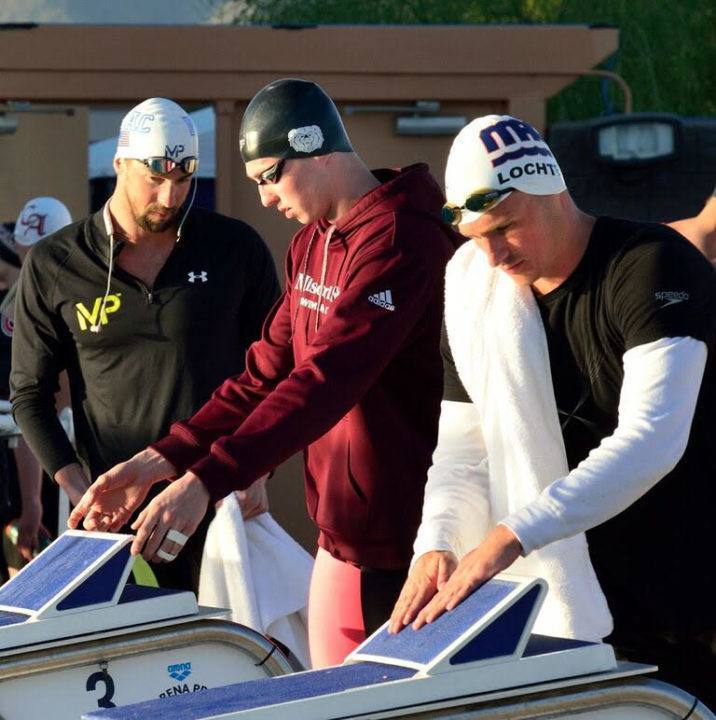 Missouri State senior swimmer Uvis Kalnins will return to the Summer Olympic Games this August when he represents his home nation of Latvia in the 200-meter individual medley at the 2016 Rio de Janeiro Games. Archive photo via Jim Bochenek

VALMIERA, Latvia – Missouri State senior swimmer Uvis Kalnins will return to the Summer Olympic Games this August when he represents his home nation of Latvia in the 200-meter individual medley at the 2016 Rio de Janeiro Games.

He previously competed for Latvia at the 2012 Olympic Games in London, finishing 30th (out of 56 competitors) in the 100-meter freestyle. He was the youngest swimmer to finish in the top 30 in London.

“I am more excited about these Olympics than I was four years ago,” said Kalnins who won the Mid-American Conference title in the 200-yard IM his last three seasons at MSU. “When I went to London in 2012, I did not know what to expect and did not have a very high set of goals. This time around, I feel much more prepared and will be looking at making the top 16.”

Kalnins finished 17th at the 2015 FINA World Championships in Russia with a personal-best time of 2:00.39 in the 200 IM. Coupled with his efforts at the AT&T Winter National Championships in Federal Way, Wash., in which he swam a 2:00.56 to finish in seventh place, he met the Olympic qualifying standards and earned a berth in the Rio Games this summer.

“Uvis embodies what it means to be an Olympian,” said Missouri State head coach Dave Collins. “His consistency in the water and his ability to push his body at a very high level each and every day is something I have not personally seen before. Many athletes are able to find short term and even season long consistency, but the four-year cycle of training to make the Olympic Games is only for very special athletes. My staff and I feel very fortunate to have the opportunity to be a part of the process with Uvis and look forward to big things for him in Rio.”

Kalnins’ list of achievements during his four seasons in Springfield is long and impressive. He was a two-time NCAA qualifier and a four-time All-MAC first-team selection, including 2016 MAC Outstanding Senior of the Year. He also earned Academic All-MAC honors three times, was named MAC Outstanding Swimmer of the Year in 2014 and earned CSCAA Individual Scholar All-American distinction his last three seasons. He was a five-time MAC Swimmer of the Week during his collegiate career and completed his career as the Missouri State record holder in the 200 IM, 400 IM, 100 freestyle and 200 freestyle events.

“It just shows that you do not need to be a part of a top-10 program to be successful,” said Kalnins. “I am a believer that hard work pays off and so do my teammates. Without them pushing me on a daily basis, I would probably have just been a spectator. Overall, I am glad that I can extend the Missouri State name outside the United States and help the program become more recognizable all across the globe.”

The native of Valmiera, Latvia will face stiff competition in Rio when the prelims and semifinals kick off on Wednesday, Aug. 10. Three-time defending gold medal winner and international swimming sensation Michael Phelps is once again one of the favorites in the 200 IM.