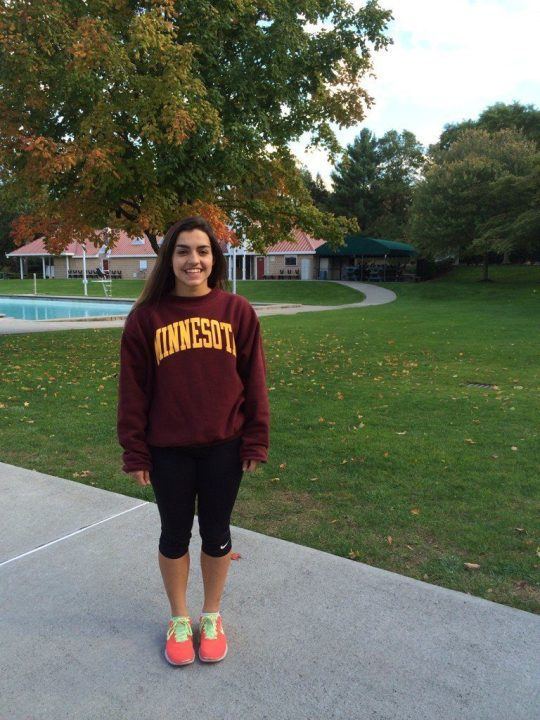 The Minnesota Golden Gophers continue to reload their renowned breaststroke program, most lately with the addition of Nicki Ciavarella from the Phoenix Aquatic Club in New York.

When Ciavarella swims at Winter Juniors in December in Federal Way, Washington, it will be her 10th USA Swimming Junior National Championship meet. While there’s not a ton of data or conversation floating around as to precisely how many athletes make it to 10 or more Junior National Championships, upon further reflection, that’s an impressive tally.

Ciavarella swims for Nyack High School, where as a junior she placed 5th in the 100 breaststroke. Her lifetime best in that event, however, would’ve placed her first at that meet, so a state title is well within her sights as a senior.

She’ll follow in the footsteps of graduated NCAA Champions like Jillian Tyler and Haley Spencer at Minnesota, plus Big Ten Champion, and current junior, Kierra Smith. She’s one of at least three breaststrokers so far in Minnesota’s bulging class of 2014. The Gophers also have pledges from Rachel Munson (1:01.1/2:15.5) and Katelyn Saunder (1:03.6/2:24.3).

Among other honors, Ciavarella was named the 2013 Rockland Swimmer of the Year by local paper the Journal News in New York.