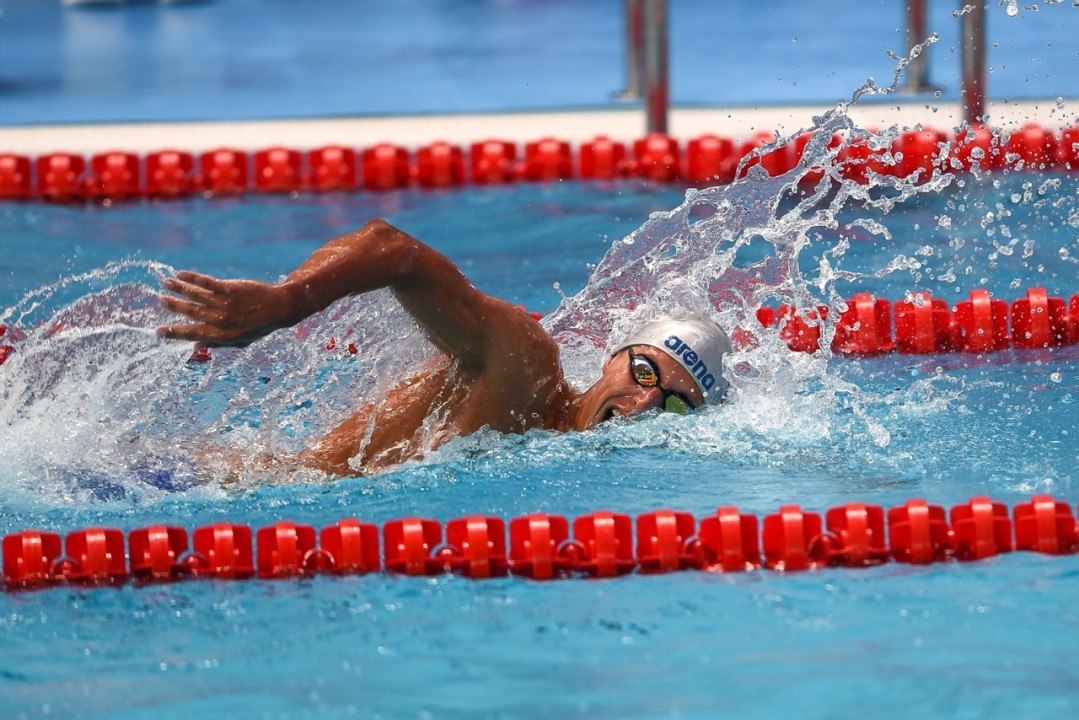 The 2nd Grand Prix of the Czech Republic got underway in Pardubice yesterday, with the competition serving as the primary qualification meet for this summer’s World Championships. Czech athletes did have the opportunity to race at other competitions for qualification, however, as long as they pre-approved those meets with the swimming federation.

Wasting no time in putting up another World Championships qualifying mark was 24-year-old Jan Micka. Crushing the men’s 1500m field here in Pardubice, Micka rocked a winning time of 14:58.34 to get under the 15:00 mark and touch the wall over 45 seconds ahead of the next fastest swimmer.

Micka’s time clears the FINA A standard of 15:07.38 needed for Gwangju, although the man already hit that criteria with his newly-minted Czech National Record from last month.

While competing in Stockholm,  Micka produced a 1500m free time of of 14:48.52 to earn silver, but also lay waste to his previous best and national standard mark of 14:55.47 set in prelims of the 2017 World Championships. The Czech swimmer would go on to wind up 8th there in Budapest, hitting a slower mark of 15:09.28.

Micka’s performance here in Pardubice checks-in as the 3rd quickest time of his career.

For the women’s 1500m free, it was visiting swimmer Mireia Belmonte who got her hand on the wall first. Producing a winning effort of 16:26.52, the Spanish Olympian dipped under the FINA A cut of 16:32.04 en route to taking the gold, although she’s been as fast as 16:13.20 already this season at the Spanish National Championships in April.

Czech Olympian Simona Kubova was in the water in the women’s 50m back, touching in 28.30. Kubova’s outing comfortably cleared the FINA B of 29.21.

She had already cleared the A standard with her season-best of 28.17 from the Swim Cup – Eindhoven in April, qualifying for her 3rd Olympics in the process.

Several Hungarians raced their way to the tops of podiums across events, including Sebastian Sabo, who has dual citizenship with Serbia, who took the 50m fly in 23.93.