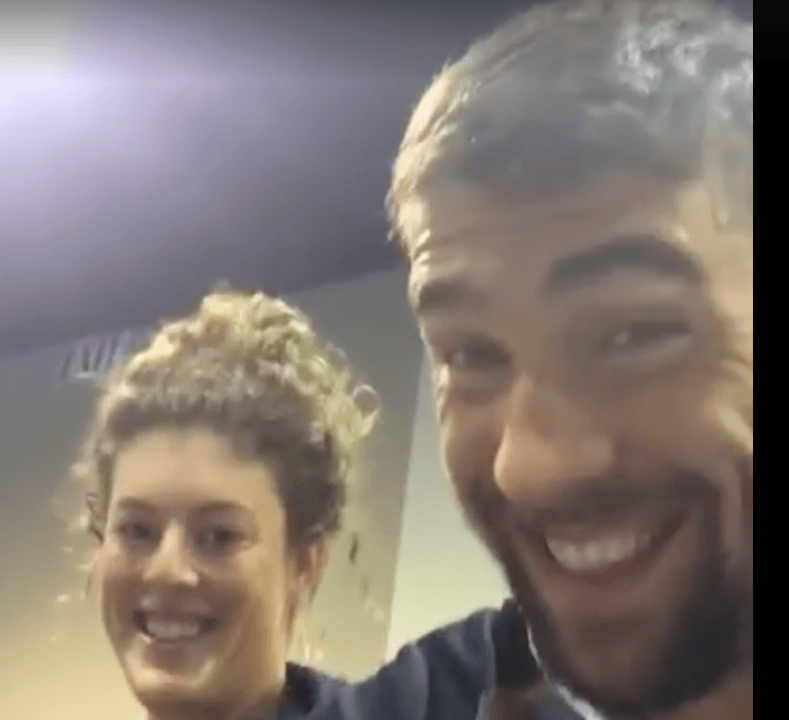 The greatest-ever, Michael Phelps, went live again on Facebook this morning. https://www.facebook.com/michaelphelps/videos/10153774118166247/ Phelps talks with some of his training partners at...

Phelps talks with some of his training partners at ASU, including Allison Schmitt, David Nolan, Cierra Runge, Conor Dwyer and more. He also shows viewers his workout for the morning.

Be sure to follow his son, Boomer, on Instagram at @boomerrphelps. “I’m gonna definitely teach him how to swim, and teach him how to be water-safe, but… the ball’s in his court,” said Phelps.

Later on in the live broadcast, we learn that Schmitt’s favorite food is tacos. Of course, throughout the video, Phelps and Bob Bowman exchange plenty of witty banter.

“I don’t anymore, I just gave up,” said Bowman about how he gets Phelps to do what Bowman wants him to.

The first racing session of the Trials begin tomorrow morning.

Nice Felicia Lee photo – but does it belong here in this article? TY