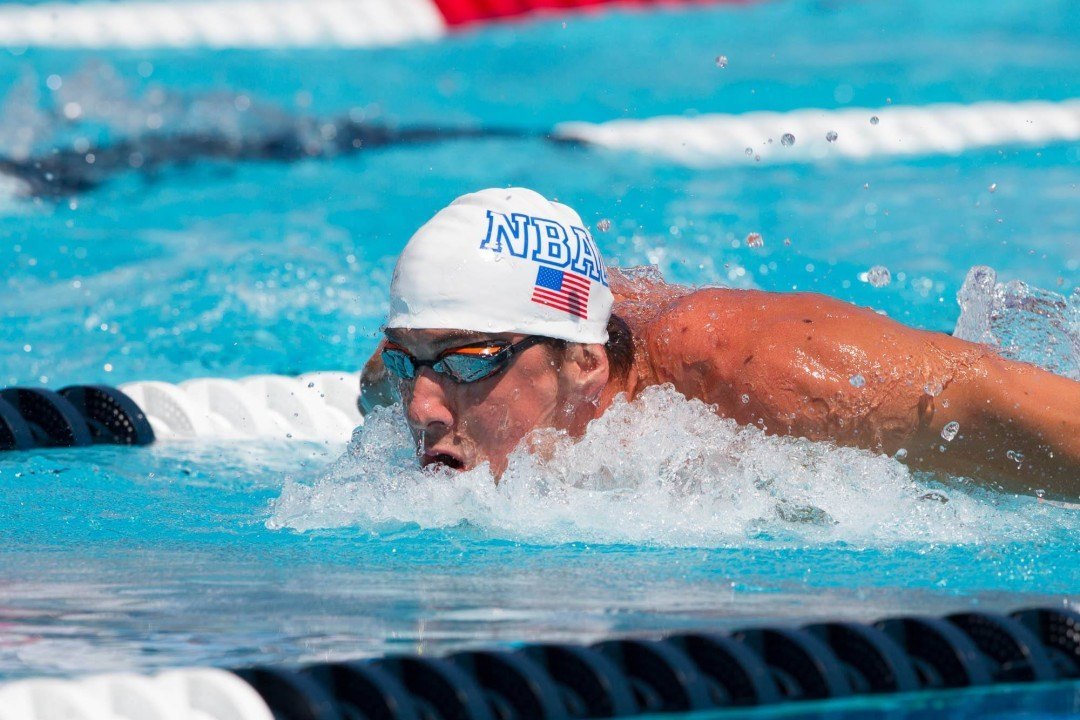 Michael Phelps has confirmed this his return to competition will come at the Mesa Grand Prix in April. Current photo via Rafael Domeyko, rafaeldomeyko.com

Once again, Mesa, Arizona will be overrun with swim fans in 2015, as for the second-straight year, Michael Phelps will make his comeback to competitive swimming at the Arena Pro Swim Series – Mesa (formerly the Mesa Grand Prix) meet in April. The meet runs from April 15th-18th.

“I’ve enjoyed, lately, more than I really ever have being back in the water,” Phelps said. “I haven’t had that kind of excitement that I had in a long time. It’s just me feeling I guess like me again. I’m trying to build back a base again.”

Phelps is currently serving a 6 month suspension from USA Swimming after being arrested for DUI in September. He will be eligible to return to competition on April 7th, which makes the Pro Swim Series – Mesa meet will be the first major event after his suspension is lifted.

Phelps is in Germany this week speaking at a trade show representing his new swimsuit sponsor Aqua Sphere.

Is he still out of worlds?

Pvdh – yes, that was a separate portion of the punishment that wasn’t tied to the length of his suspension.

Bobo should not have to worry about the swim fans in Mesa being into the meet or lack of sell out crowd like in Austin. Buy your tickets soon!

Yes. But Michael will not in the water forever.
And talking about empty stands, I wonder why they continue to schedule a Grand Prix meet from Thursday to Saturday like in Florida next week. Why not from Friday to Sunday instead?

Thursday to Saturday allows for easier travel…not interrupting two work weeks. This actually makes attendance for those who have to travel any distance easier. People in the USA work, BoBo.

Do people not work on Thursdays in the USA? Seriously, why does taking 2 consecutive days off look better than taking the last day of one week and the first of the next?

Sunday: a day of rest, and prayer.

At least this time Michael doesn’t have 20 pounds to lose before his new comeback.
Good luck MP and swim fast. No pressure this year.