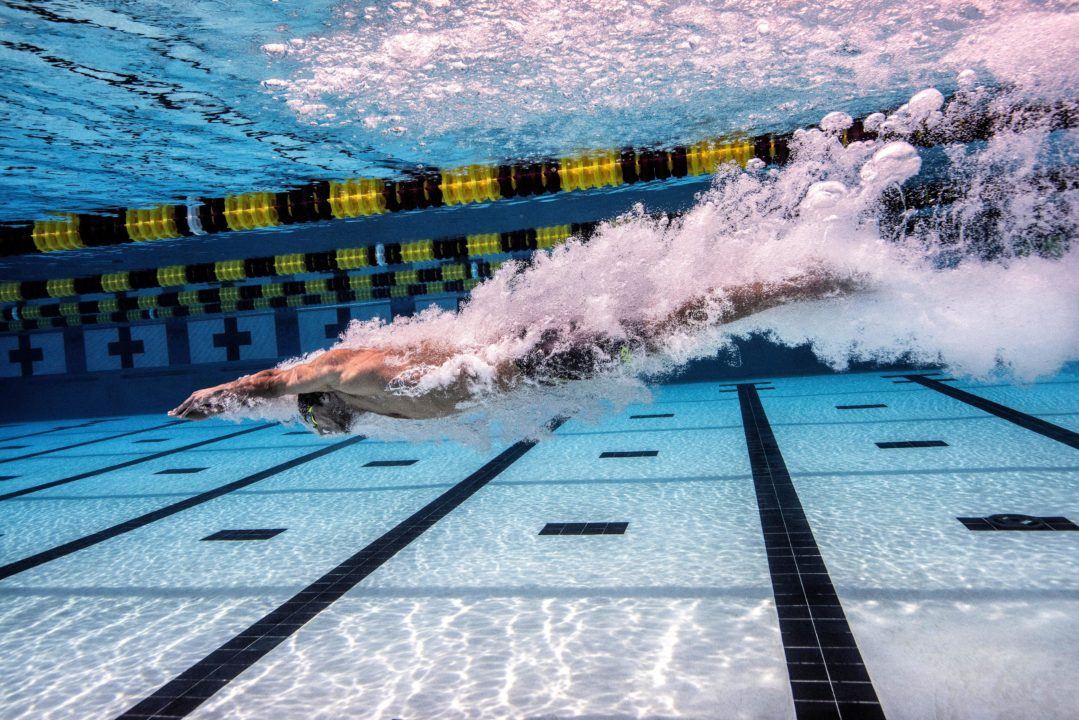 Michael Phelps went live on Facebook this morning for just under an hour, continuing the series for which he’s reportedly getting paid $200,000. Current photo via Mike Lewis/Ola Vista Photography

This summer looked scary and chaotic. Now that it’s here, we’re kind of enjoying the ride. It’s time to embrace the cahos.f

Michael Phelps went live on Facebook this morning for just under an hour, continuing the series for which he’s reportedly getting paid $200,000.

He discussed a number of topics, but a couple stood out.

After watching noted rival Chad le Clos go take fifth in prelims at Worlds this morning with a 1:55.90, people were naturally curious as to what the GOAT’s thoughts were. He said that he could pick apart race strategies “left and right,” but in his personal opinion, one has to take out the famously brutal race conservatively.

Phelps said that you have to be in insane shape to take the race out fast and finish fast, so he prefers to keep his legs for the back half. He said that when he wasn’t in his best shape, he knew that he still could go out fast and just know that people wouldn’t catch him, but in hindsight would not recommend that strategy. Anyone who’s personally swam a 200 fly would surely agree.

Also of note was that Phelps wants to release a book. He said that there’s a lot about the last two years of his career that he’d like to share with fans, but he’s not yet sure who he would pick to write the book with. Bob Bowman wrote his book The Golden Rules with Charles Butler, so maybe he’ll be in the running.

It’s always a pleasure to listen to Phelps get candid with his fans, and he ended the stream with this advice: “There are a lot of haters out there. Try not to give them the time of day.”

Until next time, Michael!