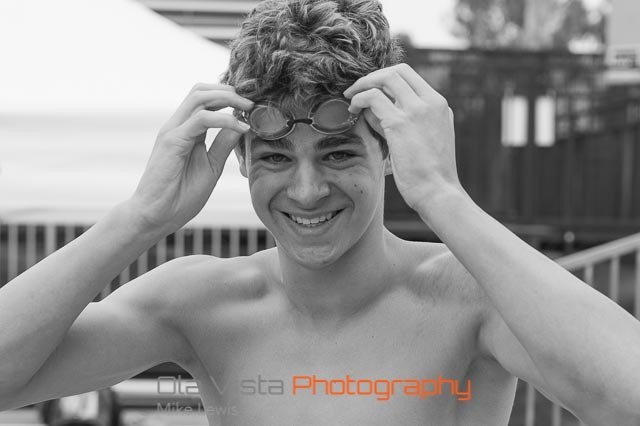 SwimAtlanta returned to competition for the first time since the spring, hosting an intrasquad meet that also featured some of their collegiate members.

SWAT Swim Team is fundraising to rebuild their pool, the Eastern Shore Aquatic Center located in Daphne, AL after it was destroyed in Hurricane Sally.

15-year olds Lily Neumann and Macky Hodges both swam best times in the 50 meter free on Sunday that are among the best in the country post-quarantine.

The Dynamo Swim Club held the 2020 Doug Coers Modified Pentathlon at their home pool in Atlanta, Georgia this past week.

In the movie Gone in 60 Seconds, starring the ubiquitous Nicolas Cage, there’s a scene where his character talks about Eleanor, the car that he keeps trying to steal but can’t, and for him that’s a 1967 Mustang code named ‘Eleanor’. And at the end of the day, with the whole plot on the line, he gets it, he gets his unicorn, his Eleanor.

Well, with just a few weeks until he ages up, Michael Andrew has gotten his Eleanor. He swam a 19.85 in the 50 yard free on Saturday night at the Jenks Sectional in Oklahoma, breaking the National Age Group Record that seems to, ironically, have been the hardest for him to get at the 13-14 level (among his wheelhouse events, at least).

That broke the 20.02 that Arizonan Ryan Hoffer swam in 2013 and makes Andrew the youngest swimmer ever under 20 seconds in the event. Hoffer now holds the National Age Group Record for 15-16’s already at a 19.54, but Andrew’s not far off of that time either.

Andrew now has 8 out of 14 yards-course National Age Group Record offered for 13-14’s. This break means officially that the list of ones he holds is longer than the ones he doesn’t:

Now that the 50 is gone, perhaps we’ll see him change his focus for these last two weeks and take a shot at some of the records that he’s not traditionally associated with, like the 1000 or 1650 free. Either way, this has been another absurd year of swimming for Michael Andrew, and a level of age group dominance that we haven’t seen in a decade.

Incredible. I was guessing 19.91, but he was even faster. Can’t wait for the race video.

And I wouldn’t be the least bit surprised to see him take down that 200 free NAG in the coming weeks, either.

I think the 200 breast is doable, but I don’t think Reece Whitley would allow that to stand for long. 200 back? I’m not sure, but I don’t see why he shouldn’t be able to.

I’ve said it before, I’ll say it again: big and strong makes you good at the 50 and 100 free. Big and strong doesn’t give you 8 out of 14 records or we’d see dozens of 14 year olds with this speed and range.

You’re right on. This was the big one they probably coveted most. Definitely some major celebrating going on in the Andrew family tonight! There are no plans to go after anything longer than the 500, but I think everything else is still in play. I have to believe that with a 54.0 under his belt he should break 2:00 fairly easily if he takes another shot at it. The 200 back is definitely a reachable target. I think he’ll break 48 in the 100 tonight.

Definitely some major celebrating is in order! His dad might even let him have a Coca Cola with dinner!

He obviously wanted this record he time trialed it yesterday and today. At this point it would not surprise me if he gets the 200 back tomorrow. I would like to see him time trial a 200 free tomorrow.