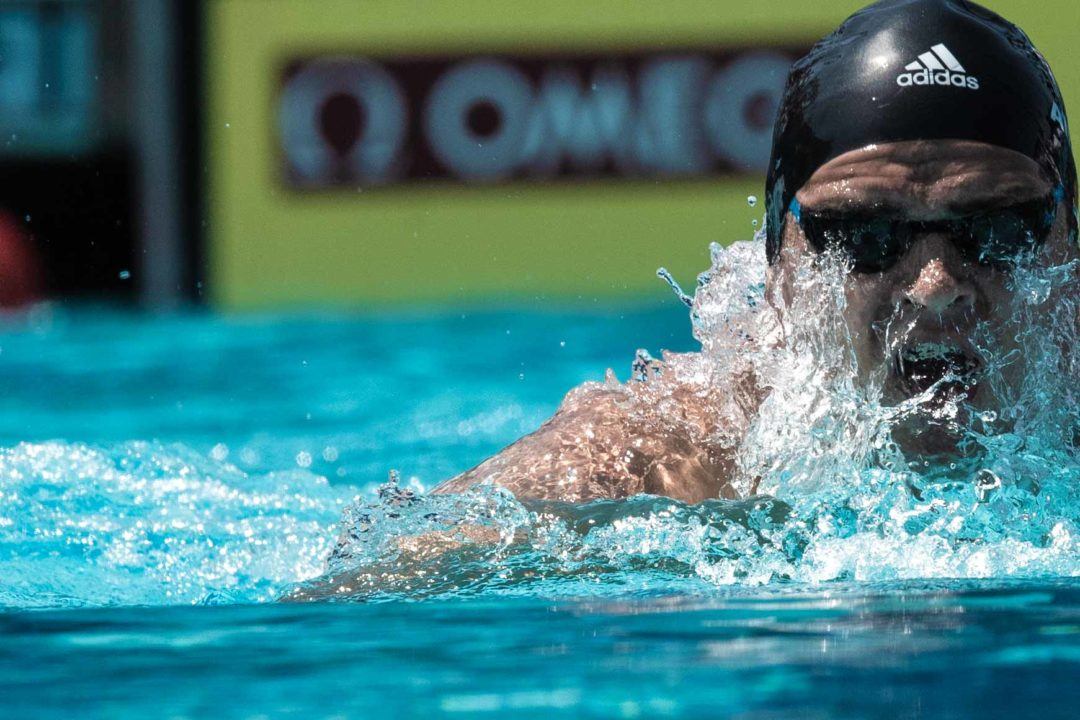 American Michael Andrew will compete at all seven stops of the 2018 FINA World Cup in the lead-up to the Short Course World Championships in December.

The Andrew family confirmed to SwimSwam that they’ll be heading to Europe on September 4th, staying overseas for ten weeks as they won’t return to the U.S. between clusters.

In between the first and second cluster, the 19-year-old and his family will stay in Copenhagen, where he and father Peter will run Race Pace workshops (sign up available here). In between the second and third clusters, he’ll be training in Phuket, Thailand. They haven’t yet determined whether or not they’ll stay overseas after the World Cup is wrapped up, potentially staying until SC Worlds to remain in the correct time zone.

The first cluster will span from September 7-15 in Kazan and Doha, the second from September 28th to October 6th in Eindhoven and Budapest, and the third will take place in Beijing, Tokyo and Singapore from November 2-17. All competitions will be three days long, with the first cluster being raced long course and the other two short course.

His goals for the circuit include building on the ones set this summer (he was very vocal about becoming the fastest man in the world in all four 50s), not getting too caught up in racing for prize money like he may have in the past, and building relationships and having fun while staying sharp for Short Course Worlds.

Coming off a breakout summer where he won four U.S. National titles and the Pan Pac gold medal in the 50 free in the long course pool, Andrew is arguably an even better short course swimmer. Two years ago in Windsor, he won the SC World title in the 100 IM (along with a pair of relay silvers), and will be looking to defend that title and add a few more at the end of the year. The Short Course World Championships will take place from December 11-16 in Hangzhou, China.

Glad to hear this and also see what he can do after the improvements we saw this summer. I think he’s better at scm and will be able to be competitive in more events while having a shot at earning some decent money.

Later Le Clos…. MA was made for SCM

Made for all kinds of swimming actually.

They are both South African…….USA, USA, USA !

All tough.. Kolesnikov, Peaty, Govorov and Cielo LCM time are tough.. Even on SC it might be tough.. Only Manadou has 2 and both on SCM