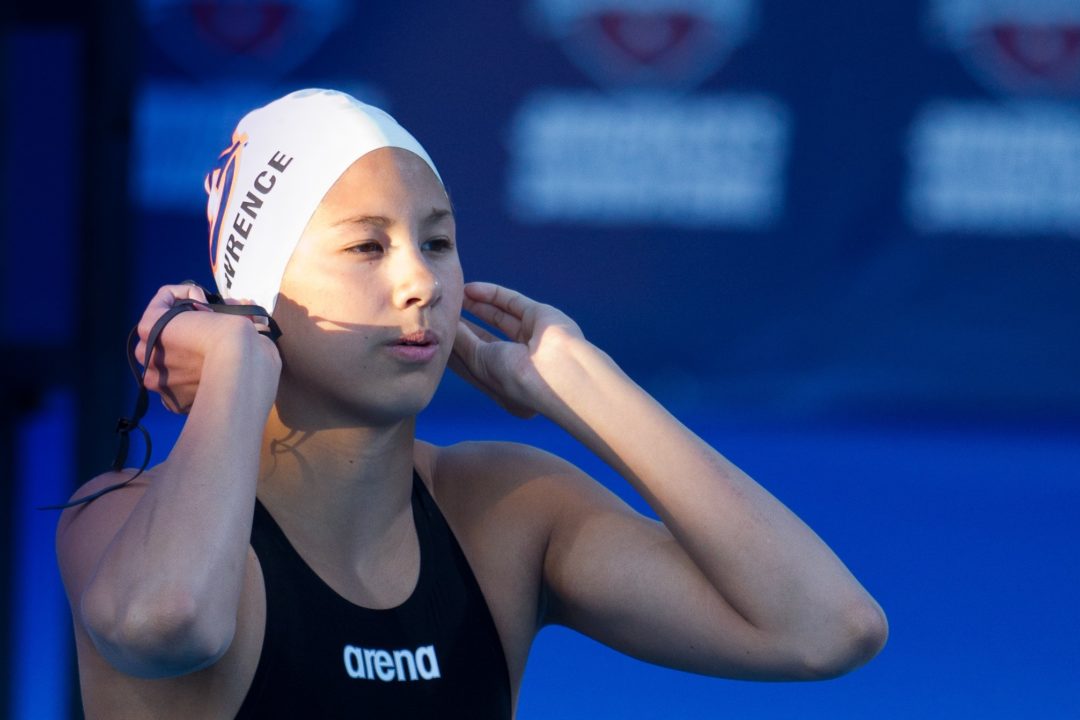 Micah Lawrence suffered an injury to her lower leg while in Australia competing at the BHP Billiton Aquatic Super Series and taking part in a training trip with her SwimMAC teammates. Archive photo via Tim Binning/TheSwimPictures.com

Micah Lawrence suffered an injury to her lower leg while in Australia competing at the BHP Billiton Aquatic Super Series and taking part in a training trip with her SwimMAC teammates.

The severity and cause of the injury were not directly specified.

Lawrence is slated to stay in Australia with the team until their scheduled leave back to the United States. So far she has undergone examinations that have speculated her return to training next week.

Upon her return to the United States she will receive a full examination from Team Elite’s physician, Dr. Jason Batley.

This injury comes shortly after two very successful swims at the BHP Billiton Aquatic Super Series where she earned herself a silver medal in both the 100m breaststroke and 200m breaststroke. Her 100 was a 1:07.48, and her 200 a 2:25.19.

The time was faster than her performances from the Arena Pro Swim Series Austin where she was a 2:25.75 in the 200 for first place.

Lawrence was expected to swim at the next stop on the Pro Swim Series in Orlando February 12-14, and following the injury there has not been a statement released which indicates differently thus far.

I hope she heals up quickly.

Last summer Missy Franklin.
Now Micah Lawrence.
Is there something in Australia against US swimmers?
It looks like they cast a spell on the US swimmers’ backs. 🙂

Correction. It looks like they cast a spell on US swimmers’ bodies. 🙂

Yep… Australia must hate its own top swimmers too.

They did something to make Cate Campbell undergo surgery after Pan Pacs and they also sabotaged Magnussen’s back that he could not even swim in the 50 free at the Pan Pacs and had to rest for months following pan pacs.

Bobo it couldn’t be that bad.The sharks left them alone in the open water swim.

They cancelled the open water because the water conditions were so bad.

If the water quality / jellyfish/ sharks were too much in the river , they had a reserve location ready to go . They had about 2000 Ks of beaches in WA to choose from.

Wherever you get your info from is seriously deficient .

Sorry, my head was back at the Pan pacs, which bobo and Aswimfan referenced.

I just hate to see Perth presented as dirty . It was an overcast day & the water was choppy but the Swan River is picturesque anytime.

It is a unique place & the US team looked very happy to be there.