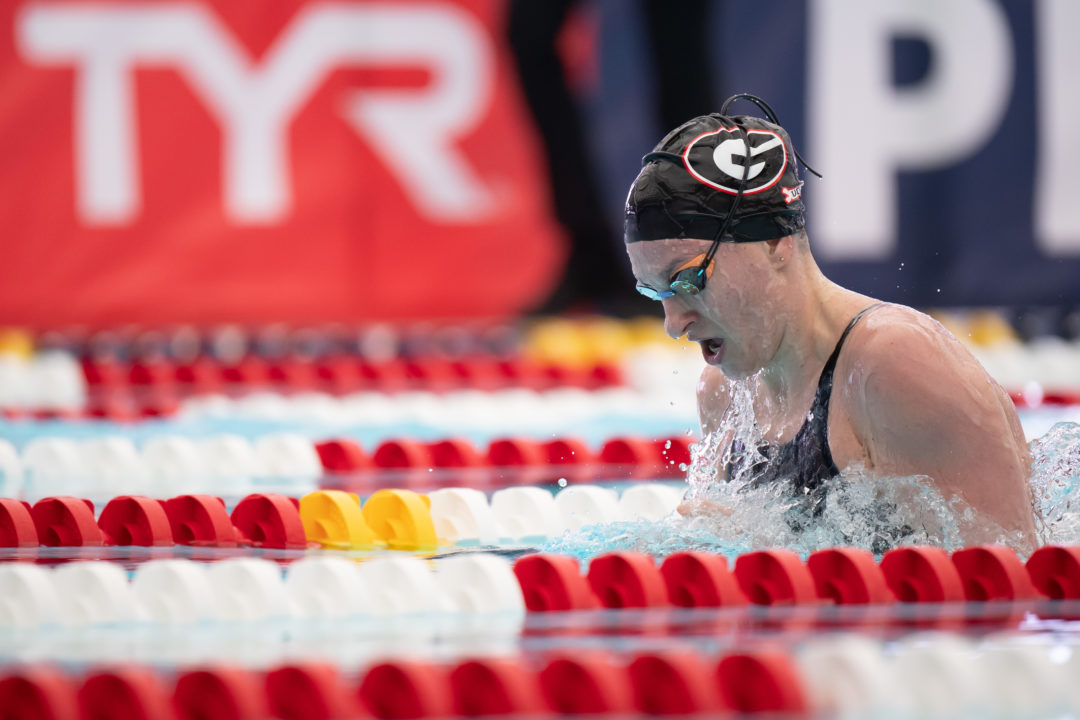 Olympian Melanie Margalis won the 400 IM at the San Antonio Pro Swim Series by splitting the race 2:19 on the fly and back, and 2:18 on the breast and free. Archive photo via Mike Lewis/Ola Vista Photography

2016 Olympian Melanie Margalis negative split the 400 IM at the San Antonio Pro Swim Series, ultimately winning the event with a time of 4:37.81 and crushing her prelims swim by nearly 7 seconds.

She explained that she had some anxiety going into the race, since it was her first 400 IM final of the season. After meditating most of the day she says she was “almost paralyzed with fear” on the first 200 meters. “But then, you know, I always feel pretty good about my breast and free,” she said, “so then I was able to really work the second half.”

“I was pretty sure that this 400 IM was going to be a little tough mentally, I know that last season the first 400IM of the year was really tough mentally. I was really excited for the last week just to know I was going get it out of the way and be able to…feel good about it going forward.”

One factor that makes this more impressive is that her final 50 meters freestyle was .13 faster than her first 50 meter butterfly from a start. Here is a full breakdown of her splits:

In finals, Margalis was still about 5 seconds off her lifetime best 400 IM time which she posted at the November 2020 Pro Swim Series in Des Moines, but her performance on Friday in San Antonio ranks her 5th in the world this season: