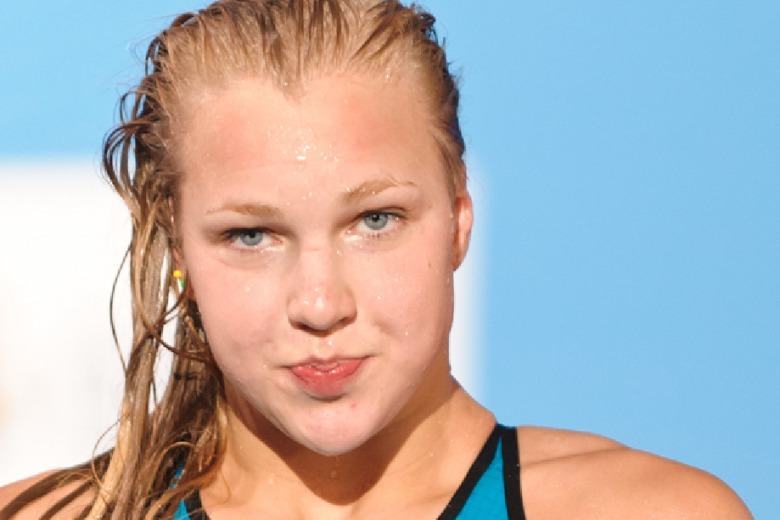 Swimswam / Braden Keith coverage of the women’s 100 breaststroke at the 2013 FINA World Championships:

From one 16-year old World Record holder to another, Ruta Meilutyte from Lithuania was unable to break the World Record that she set in the semi-finals, but she did manage to go the second-best time in history with a 1:04.42 to take home her first long course World Championship title.

This gives her a clean-trifecta of holding the Olympic, World long course, and World short course titles simultaneously (though no European title to add to it).

Thus Meilutyte had the same round-by-round pattern here in Barcelona as she did at the Olympics. Specifically, her fastest swim was in the semi-finals, second-fastest was in finals, and slowest was in the prelims.

Russia’s Yulia Efimova re-broke her own Russian National Record with a 1:05.04 for the silver medal, and this time she was actually faster than Meilutyte coming home. Efimova’s swim gives great hopes for her chances in the 200 breaststroke later in the meet, where she’ll contend with Denmark’s Rikke Moeller Pedersen (4th here – 1:05.93) as the big favorites for the title.

The last woman on the medal stand was American Jessica Hardy, the old World Record holder, in 1:05.52. This is the first time she’s made the podium in this 100 breaststroke at an Olympic/long course World Championship meet since taking silver in 2005.

Thanks for making arrangements for getting clips of races for posting!

WHOKNOWS….thank you! We’re doing the best we can to get as much swim coverage out as possible…