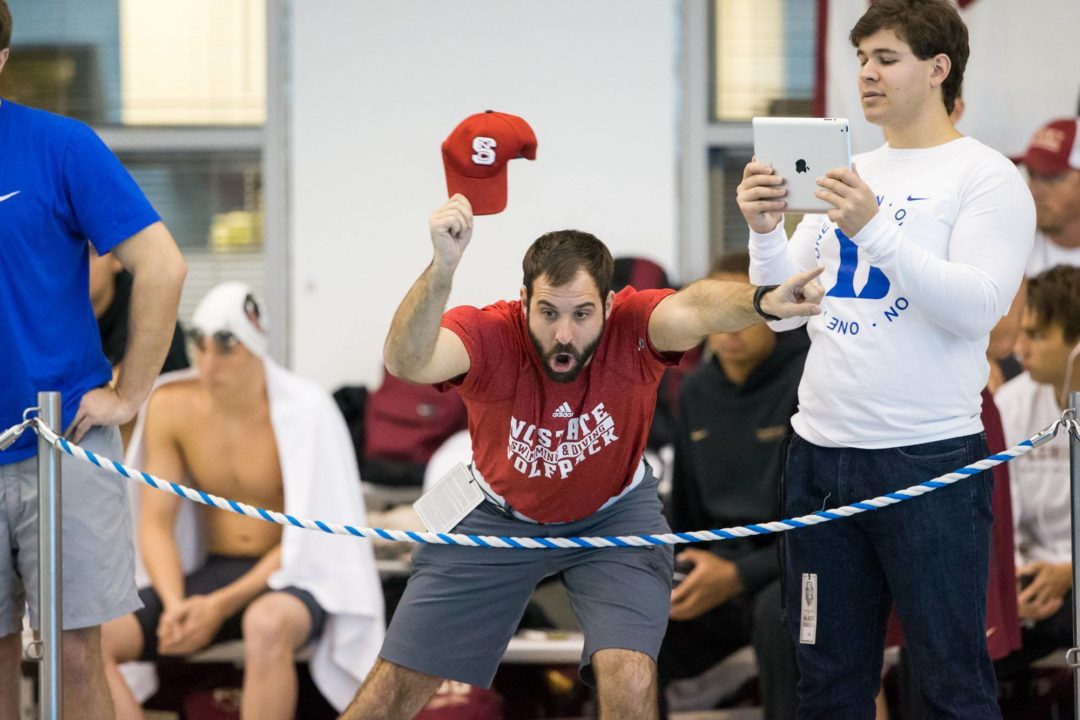 "The ACC improves every year with teams performing at higher levels and new teams coming into the league,” said head coach Braden Holloway. “The conference produces great competition for each team and this weekend will show that.

The NC State swimming & diving team is set to open ACC competition on Saturday, Oct. 25 in its first tri-meet of the season against Georgia Tech and Florida State. The Yellow Jackets are playing host for the meet, which is set for an 11 a.m., start in Atlanta, Ga.

Holloway’s Breakdown
“The ACC improves every year with teams performing at higher levels and new teams coming into the league,” said head coach Braden Holloway. “The conference produces great competition for each team and this weekend will show that.

“Florida State and Georgia Tech are well-coached teams and have started their seasons off well. We’re looking forward to the challenges that will be set before us in Atlanta and we want to see how our team responds.”

Last Time Out
The Wolfpack men’s squad posted a thrilling 155-143 over top five foe Georgia last Saturday in its 2014-15 home debut in the Willis R. Casey Aquatic Center. Simonas Bilis led the way by sweeping the three sprint freestyle events and sealing the team victory in the anchor leg of the 400 free relay.

With the women’s squad split, the team fell to the 2013 and 2014 NCAA Champion Bulldogs. Hannah Freyman earned two individual victories in the 100 and 200 backstroke events.

Nine members of the women’s squad competed in the Dallas Morning Classic hosted by SMU last weekend, as the team finished fifth overall in the team standings in the meet.

Last season, the two schools met in a tri-meet with Florida State in Tallahassee, Fla. The NC State men’s squad downed the Yellow Jackets, 193-95, while the Wolfpack women defeated Georgia Tech by a final of 224-76.

Scouting Florida State
Florida State last competed in the All-Florida Invite to start the season earlier in October. The Seminoles placed fourth on the women’s side, while the Florida State men finished second over the course of the three-day meet.

The Florida State women is listed 25th in the first CSCAA poll of the season.

Fan Information
Live results for Saturday’s meet can be found by clicking, here. In addition, live results will be available via the Meet Mobile app available for iPhone and Android.

Rumor has it NCSU is in full body Arena suits… been resting since UGA. Never got back up over 2k.