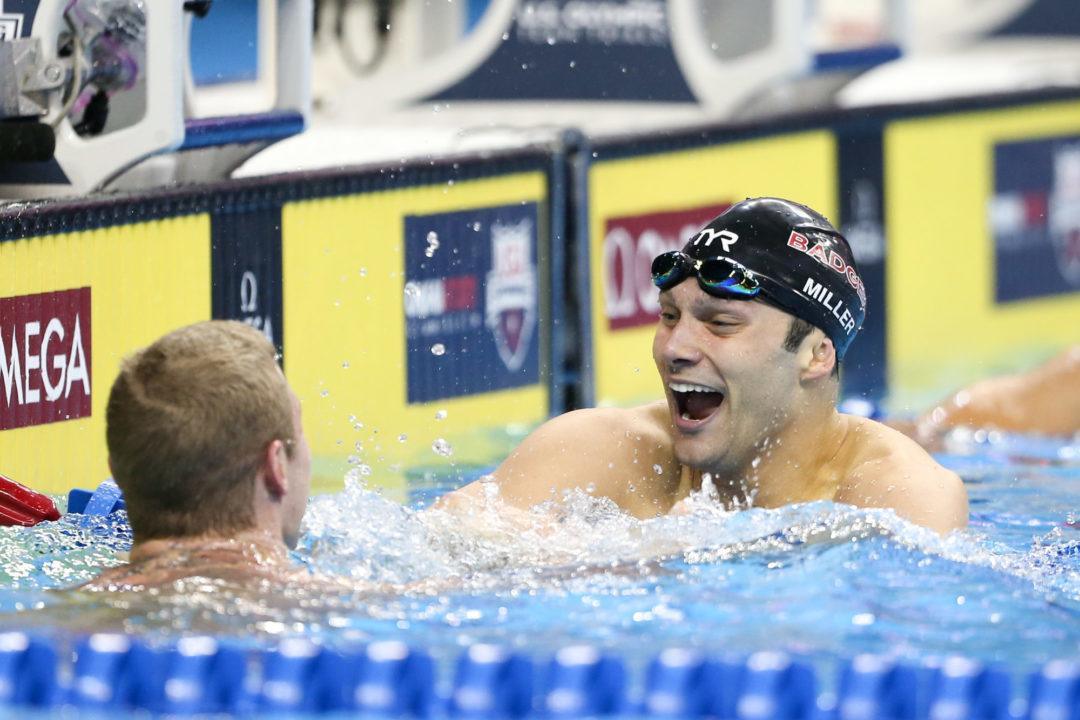 Meet 2016 US Olympian Cody Miller, hailing from Las Vegas, Nevada. In the short video Miller discusses how he originally got...

Meet 2016 US Olympian Cody Miller, hailing from Las Vegas, Nevada. In the short video Miller discusses how he originally got into swimming, his personality outside of the pool, including his love for comic books and movies, and how he’s one of the shortest swimmers on Team USA. He also talks about how proud he was when he found out he was the first Olympic swimmer Indiana University had produced in 40 years.

Miller was born in Billings, Montana, but moved to Las Vegas while still young with his family. Miller began swimming at age 10, and found success at a young age, breaking the 15-16 NAG’s in both the 100 and 200 yard breaststroke. Prior to University Miller qualified for the US Junior National Team in 2009.

Miller then chose to go to Indiana University, where he had a terrific career with the Hoosiers. Miller won four consecutive Big Ten titles in the 200 breaststroke, and won three in the 100 breast only finishing in the runner-up position in his senior year. He also had five individual A-final appearances at the NCAA Championships, including a runner-up finish in the 200 breast in his senior year and a third place finish in the 200 IM in his junior year.

Miller continued to excel nationally and internationally in long course as well, making the final of the 200 IM at the 2012 Olympic Trials and made two finals at the 2013 World University Games.

The 2014 Nationals was where he had his breakout performance, winning the 100 breast in a lifetime best 59.91 to qualify him for the 2014 Pan Pacific Championships and the 2015 World Championships. Miller had back-to-back 9th place finishes at both those meets in the 100 breast, and followed up with qualifying for his first Olympic team a month ago in Omaha finishing 2nd in the 100 breast in 59.26. He also posted a personal best 59.09 in the semi-finals.

After 40 years with no Olympic swimmers, joining Miller in Rio from Indiana will be Lilly King (100, 200 br) and Blake Pieroni (400 free relay). Other Indiana swimmers competing at the Olympics include Kennedy Goss (Canada), Anze Tavcar (Slovenia) and Ali Khalafalla (Egypt). Indiana Head Coach Ray Looze was named to the US Olympic Team Staff after their successful Olympic Trials.

My hopes for the medley relay with cordes

No way they would put him on the relay. Too much of a wild card. I have some faith still, despite his being aloud on the team in the first place.