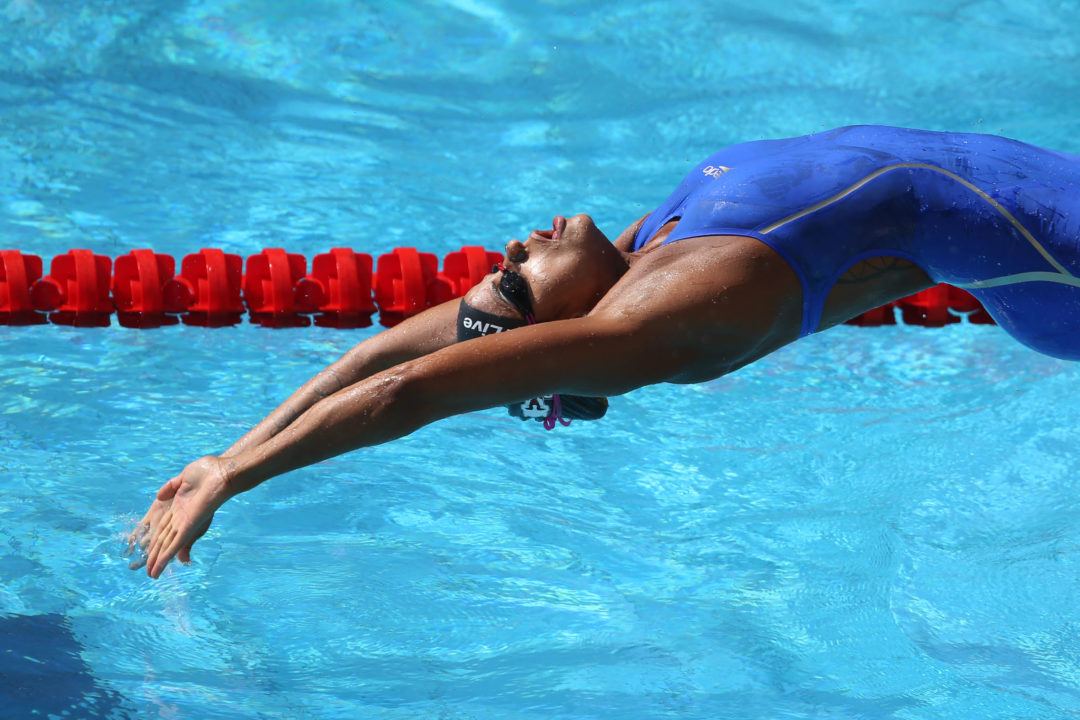 Etiene Medeiros tied the 3rd fastest swim of all-time in the women's 50 back semi-finals. Archive photo via Satiro Sodre/SS Press

After China’s Fu Yuanhui established herself as the clear front-runner in the women’s 50 back this morning, Brazilian Etiene Medeiros responded in the semi-finals.

Fu checked in with the 4th fastest performance in history in the prelims, clocking 27.21. In the second semi she went a little faster, but it was Medeiros who touched first.

Medeiros clocked 27.18, lowering her South American and Brazilian records which previously stood at 27.25, out-touching Fu by one one-hundredth. Her swim is also a new ‘Americas’ record, which can be held from someone from either North or South America.

Medeiros’ swim ties Fu’s semi-final swim two years ago in Kazan as the 3rd fastest of all-time. Fu went onto win that world title in the 2nd fastest swim ever, 27.11, while her countrywoman Zhao Jing continues to hold the world record at 27.06, done in Rome back in 2009.

Fu will attempt to continue China’s success in this event tomorrow night, as they’ve won three of the last four World titles, with Belarusian Aliaksandra Herasimenia winning 2011 gold in Shanghai.

Heading into the final it certainly looks like a two-horse race for gold, with Kathleen Baker, who set a new American record in 27.48, sitting 3rd, three tenths back.

Fu now owns five of the ten fastest swims in history, with Medeiros staking her claim at 4th and 9th all-time. Medeiros also moves past German Daniela Samulski for the 3rd fastest performer of all-time.

Nice to see South American girls hold their own