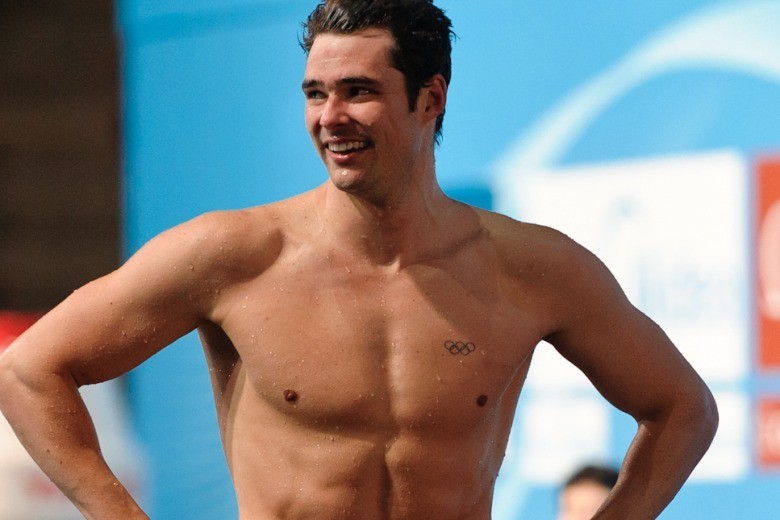 With three individual medals in tonight's evening session, Australia came away with the W in the day 2 medal count. The Aussies garnered a medal in three of the four individual finals tonight, led by Christian Sprenger's gold in the men's 100 breast. (Photo Credit: Victor Puig, victorpuig.com)

With three individual medals in tonight’s evening session, Australia came away with the W in the day 2 medal count.  The Aussies garnered a medal in three of the four individual finals tonight, led by Christian Sprenger’s gold in the men’s 100 breast.  Workhorse Alicia Coutts (does she ever get tired?!) came home with silvers in the women’s 100 fly and 200 IM.

Night two was an up-and-down session for the United States.  Kevin Cordes and Nic Fink were both a bit off their semifinal times, finishing a disappointing 7th and 8th.  Dana Vollmer, who is battling flu-like symptoms, settled for third in the women’s 100 fly. Although Caitlin Leverenz has looked much better this week than the rest of 2013, she was still almost two full seconds off her 200 IM from last summer.

There were plenty of bright spots, though:, in the four semifinal events this evening, the U.S. looked great; all eight swimmers competing easily qualified for finals, including top seeds in the men’s and women’s 100 backstrokes.  A big highlight of the night for Team USA was Eugene Godsoe, who surprised the field out of lane 8 to win silver in the 50 fly.  That’s a great sign for his 100 fly later in the week; Godsoe’s final 15 meters of the 50 fly are his strongest, and he has historically been better over the 100 distance.

Some other medal notes from today’s session and sorted tables are below.  Thanks to our friend Christer Magnusson of SCMSOM.SE, we have also added a list of national records by country.

Nice to see the host country swimmers putting on a show for their countrymen!

Expected a little more out of Cordes, but in his defense this was his first big international final, he’ll have the eye of the tiger for the 200, he’ll medal. Everyone has off races. Cesar now has a good confidence boost heading into the 50, which along with the 100 are beyond stacked, even more than last summer in my opinion.

I would not expect cordes to win.. but if he medals or fail to do so.. both situations won´t be a upset..with Jamieson Willis Yamaguchi and Gyurta and some others.. he got a chance to Medal. but if he fails to do so.. won´t be an upset at all..

Special mention for ” unexpected medal of the day ” to Eugene Godsoe . He will surely medal in the 100 butterfly later this week .