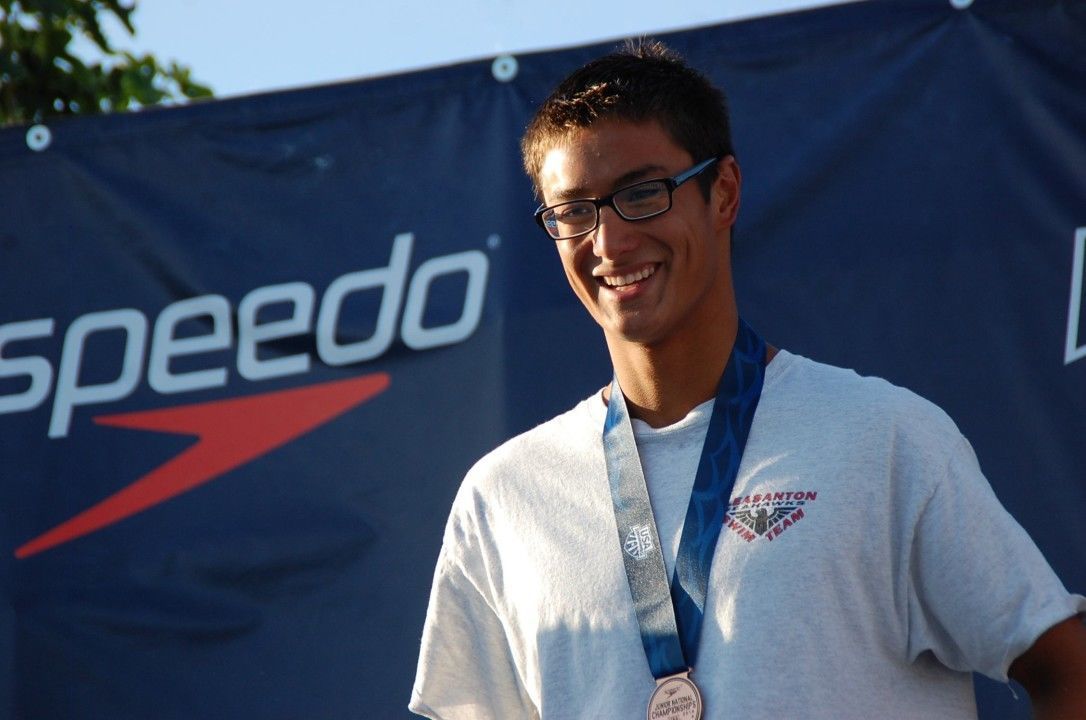 In the finals of the men’s 200 free at U.S. Nationals, a rising junior star finally broke through on the senior level. Maxime Rooney didn’t just go a best time in the 200 free. He didn’t just become a national champion at 17 years old. He set a new World Junior Record.

Rooney was out like lightning from the start of the race to swim a 1:47.10, crushing the best time of 1:48.68 he set in prelims. The previous World Junior Record was a 1:47.23 set by Japan’s Reo Sakata at the 2014 Japanese Inter Collegiate Championships. That was a huge swim for Rooney, who came into the meet with a 1:49.26, and was just a 1:49.57 at last week’s U.S. Junior National Championships

In tonight’s final, his biggest improvement came on the 3rd split. He extended his lead through the 150, but it almost looked like Zane Grothe, champion in the 400 free last night, would take the win when he closed a huge gap in the final 50 meters. Rooney, however, would have the final say. He beat Grothe (1:47.11) by a hundredth to emerge victorious in his first championship final of the meet.

In a year where the American men have struggled on the biggest international stage, Rooney shone a bright light on the future of USA Swimming. His time was faster than Reed Malone‘s leadoff leg in the men’s 4×200 free relay in the prelims of the FINA World Championships. He’s now the 4th fastest American of 2015, right between Conor Dwyer (1:46.64) and Malone (1:47.15).

Rooney’s (knock on wood) set for Rio. If Phelps doesn’t swim the 200 at trials he’s got a really strong shot at taking an individual spot as well behind Lochte. Dwyer is likely his biggest competition, without Phelps. Even with Phelps, it could still work out in Rooney’s favor.

Shouldn’t he be 4th? Lochte beat him aswell.

He’s the fourth best American this year. Lochte was 1:45 a few days ago at that other meet.