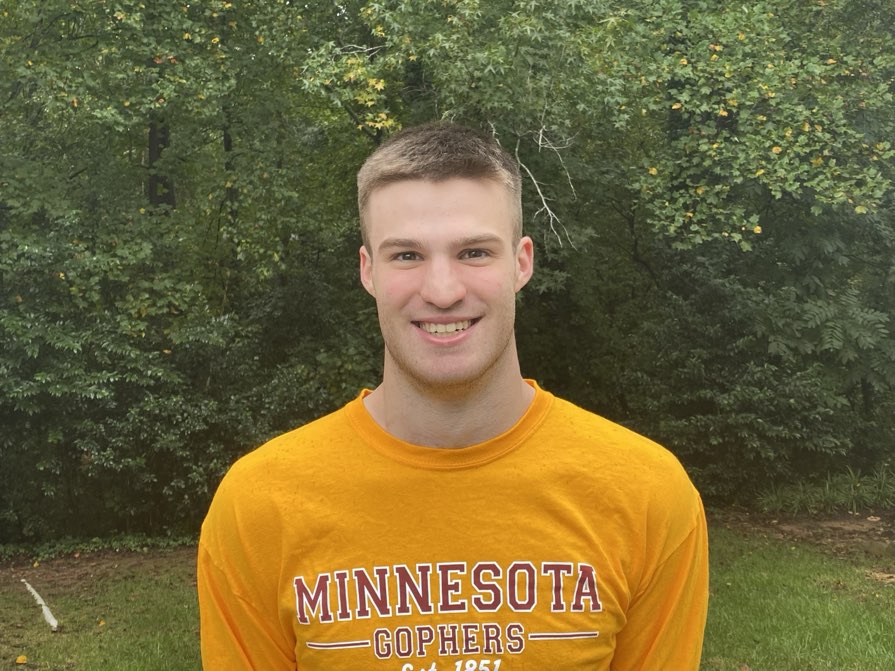 Matthew McDonald will transfer to Minnesota from NC State for the spring semester, marking yet another mid-season transfer for this season.

“I’m very excited to announce that I will be joining the University of Minnesota in the spring to continue my academic and swimming career. Thank you so much to friends, family and coaches for helping me through this process. GO GOPHERS”

He’s currently living in Raleigh and training with the TAC Titans until his move to Minnesota in the spring. His best short course times are:

Minnesota is a member of the Big 10 conference. At the 2021 NCAA championships, Minnesota placed 21st among men’s teams, while NC State placed eighth. For the 2019-20 season, the most recent for which times are available, McDonald would have had the fastest 100 butterfly of the season for Minnesota and the second-fastest 100 free.

McDonald will be able to add to the team’s depth, and potentially become one of its best sprinters, likely contributing to relays. At last season’s Big Ten Championships, McDonald would have had the second-fastest 100 freestyle time out of any Minnesota competitors, behind Lucas Farrar’s 43.83. He also would’ve had the fourth-fastest Minnesota performance in the 100 butterfly at the Big Ten Championships.

The Minnesota team has had a strong start to this season, defeating Purdue by almost sixty points on October 15. The Gophers have a strong distance team including the likes of Bar Soloveychik, James Freeman, and Sawyer Grimes, but is currently rebuilding its sprint team. McDonald will swim with newcomers like freshman Chris Morris, who is the Class AA Minnesota high school state record holder in the 100 butterfly, and freshman Andrew Garner, a Florida high school finalist in the 100 free.

Bowe Becker, a Minnesota alum and 2020 Olympic gold medal winner as part of the 400 freestyle relay, has returned as a volunteer assistant coach for the team. His addition should help with recruiting and with the team’s sprint credibility.

This kid has all the ability in the world. He’s tall, strong, and has good to great underwaters.

In college, your work ethic has to match your ability especially at a place like NCST or you will be replaced.

That’s true in any school. If you’re not working hard you’ll be replaced even if someone is right behind you time wise, they’ll most likely use the one who tries harder in practice anyways.

Are you suggesting that this person doesn’t have a good work ethic? Do you have first-hand knowledge of this?

I’m suggesting that being the hardest worker in the room is the best way to ensure your job doesn’t get taken. Also, yes.

Don’t listen to Imagine. He’s a coach in New England Swimming who spreads nasty comments on every thread because he’s mad that his kids plateau at 14 and don’t do much in college. It’s actually kind of sad that we can pinpoint who he is just based on how bitter all of his commentary is.

Thank you for the clarification. Made my day. I was wondering how he thought he knew so much. The kid only got 3 months to train before getting hurt.

I suspect MacDonald will be a lot happier [and a lot more needed/used] @ Minnesota!

Kelly. Kramer is. The. Ray.ooze