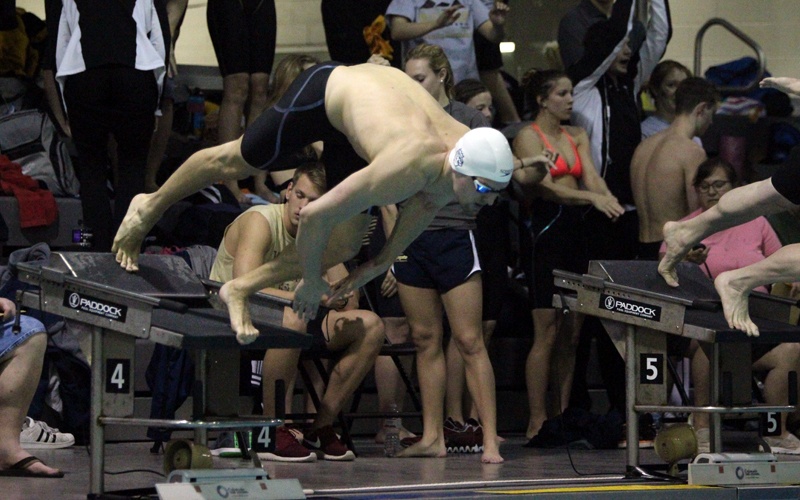 Queens sophomore Marius Kusch shocked the field in the final of the men’s 200 fly, coming seemingly out of nowhere to break the NCAA Division II record that had been set by Matthew Josa in 2015 when he, too, was a Queens Royal. After a solid prelims swim in which he improved his seed time by 7/10, Kusch exploded in finals and dropped another 2.24 seconds to take nearly a full second off the NCAA mark.

Kusch blasted off the start, and put a half-body length between him and the rest of the field by the 50. He increased his lead to a full body length by the 100, moving so quickly through the water that one wondered if he hadn’t taken it out too fast. Kusch’s splits over the next four laps quickly put those fears to rest, as he swam a solid back half and put his hands on the wall at 1:42.04.

Here is an interesting comparison of Kusch’s prelims and finals swims, versus Matt Josa’s 2015 record: