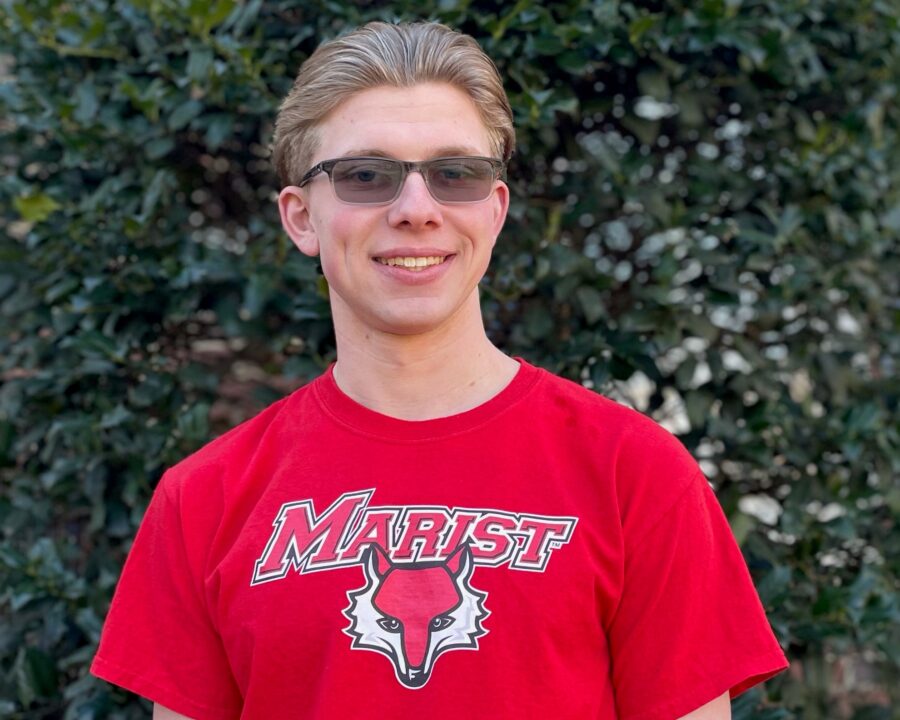 Jacob Macrina has sent his commitment to Marist College in Poughkeepsie, NY. The 2021 Futures qualifier will join the team in the fall of 2021. Current photo via Jacob Macrina

Marist College has picked up a commitment from back and IM specialist Jacob Macrina for its class of 2025. He is a senior at Lake Braddock High School and he competes year-round for the Mason Makos Swim Team.

I am very excited to announce my verbal commitment to further my academic and athletic career at Marist College. Thank you to all of my coaches, teammates, and family members who have helped me get to this point. I can’t wait to see what’s in store for the next four years.

Macrina is a 2021 USA Swimming Futures qualifier in the 200 back. He most recently competed at the PV SC Championship Series in March of 2021, where he picked up a personal best time in the event. He had finished 23rd in prelims to earn a spot in the C-final. He took 3.14 seconds off of his morning swim for a time of 1:52.63.

In February, the Lake Braddock senior competed at the Virginia High School Class 6A State Championships. This was Macrina’s first time qualifying for the state champs throughout his high school career. He swam the 100 back, the 200 IM, and was a member of two of his school’s relays. He finished 8th in the back and 9th in the IM, securing best times in each. He led off Lake Braddock’s 200 medley relay with a 50 backstroke of 24.50 and he swam the second leg of the 400 free relay, splitting a time of 48.51.

The Red Foxes will welcome Macrina to the team in the fall of 2021. During the 2019-2022 season, he would have been the team’s second-fastest 200 backstroker behind Ryan Kaplan, as well as the fourth-fastest 100 backstroker. His times would have led him to earn spots in the B-finals of both backstroke events at the 2020 Metro Atlantic Athletic Conference Championships. Marist College finished second behind Rider University.

James Conable has also announced his intention to swim for the Red Fox men beginning in the 2021-2022 season. Both Macrina and Conable swim IM and will likely train and compete together.

Do they have a coach?