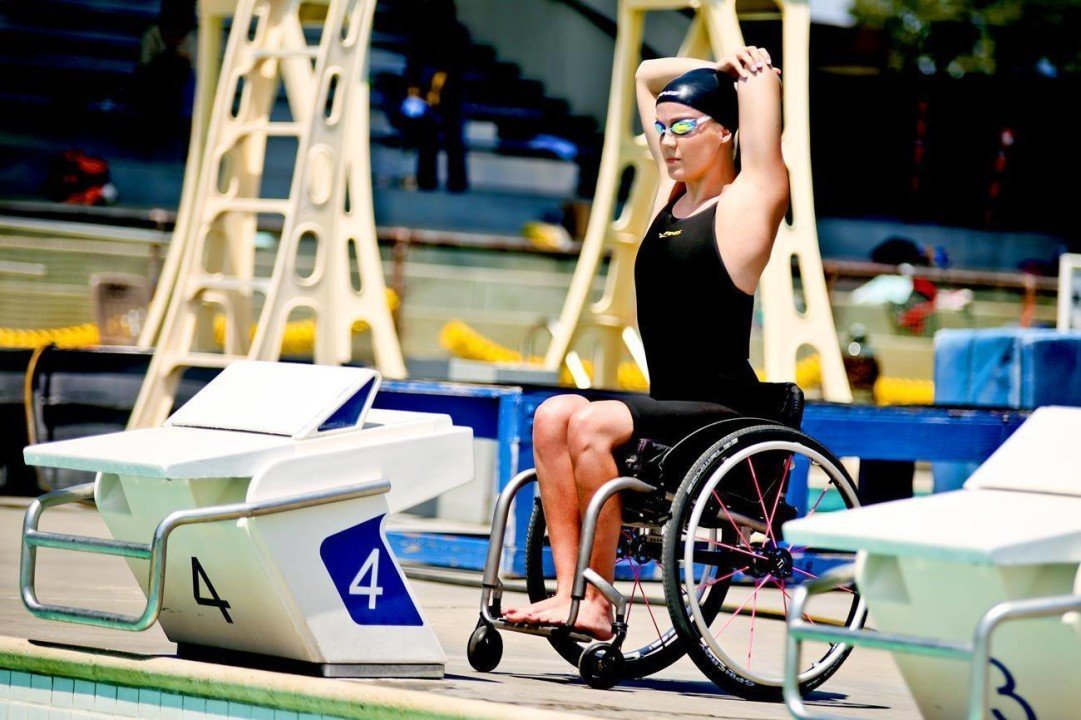 Weggemann is entered in the 50, 100 and 400 meter freestyle events, along with the 100 meter backstroke and the 200 meter individual medley.

FINIS-sponsored athlete Mallory Weggemann (Eagan, Minnesota) is ready to build on her stellar international medal haul by competing in the 2015 Parapan American Games. Weggemann, a 2012 Paralympic gold medalist, is set to compete in 5 individual events over the nine day event which is being held in Toronto, Canada.

Mallory’s story of Paralympic greatness is inspring, as she became paraplegic after an epidural injection to treat post-shingles back pain in 2008. Less than a year later, she broke many world records in the S7 classification and won an impressive total of 13 gold medals at the 2009 and 2010 IPC World Championships. At the 2012 Paralympic Games, she was controversially reclassified to S8, a class for swimmers with less impairment. None-the-less, Mallory took gold in the 50 meter freestyle in a new Paralympic record time. She currently holds 34 American records and 15 world records.

Her competition schedule for the 2015 Parapan American Games is as follows:

Watch the competition live on ESPN3.

In my opinion at least the competition will be fairer than it was at the IPC Swimming World Championships in Glasgow without Australia’s two ‘S8’ swimmers ‘competing’ for medals. What do you reckon Craig Spence?