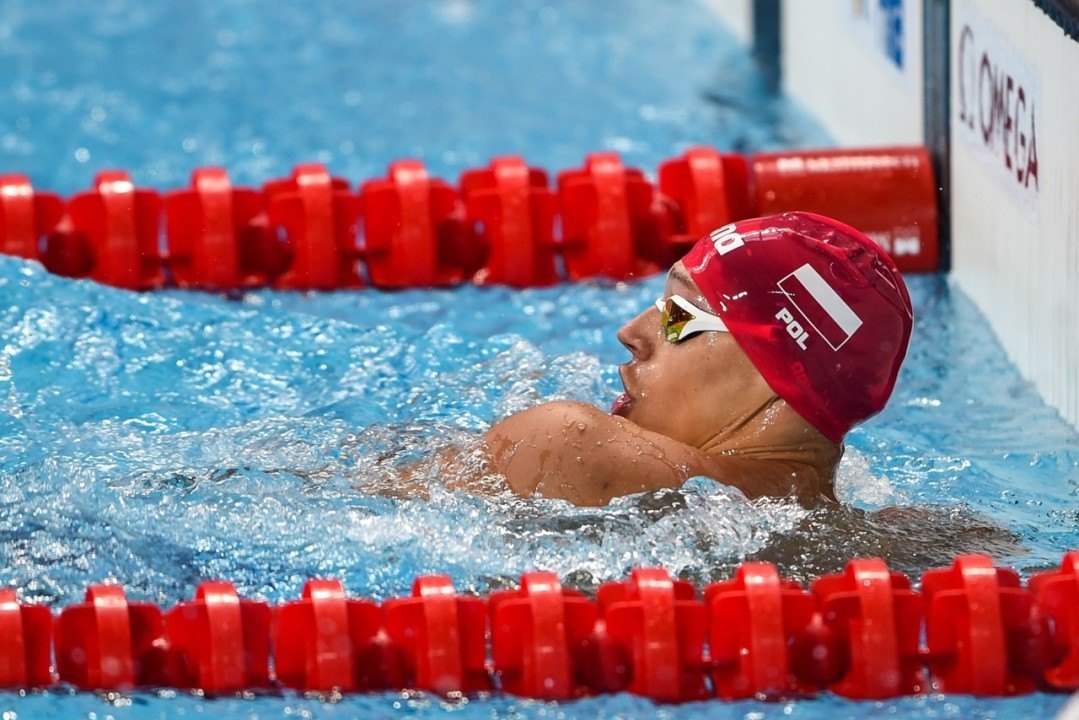 Kacper Majchrzak cracked the Polish record with a 1:46.46 in the 200 freestyle and Katazyna Wilk broke the women's 100 free with a 54.38, highlighting day 2 of Poland's national championships. Archive photo via Peter Sukenik/www.petersukenik.com

Majchrzak snuck under the old record by just over a tenth; that mark stood at 1:46.59 from Pawel Korzeniowski in 2009. Korzeniowski was second to Majchrzak on Saturday, going 1:48.79.

That time for Majchrzak was also a FINA “A” cut.

Other than those two swims, the rest of day 2 was relatively quiet for Poland’s stars, most of whom are coming off the European Championships earlier this month.

National record-holder Alicia Tchorz won the women’s 100 back, though she finished seven tenths off her national mark in 1:01.30. Tchorz also capped off the night with a solid 56.37 anchor leg on the winning 4×100 free relay.

Konrad Czerniak was the top swimmer of the men’s relay, splitting 48.23 to help his AZS AWF Katowice squad break the Polish record in 3:19.77.