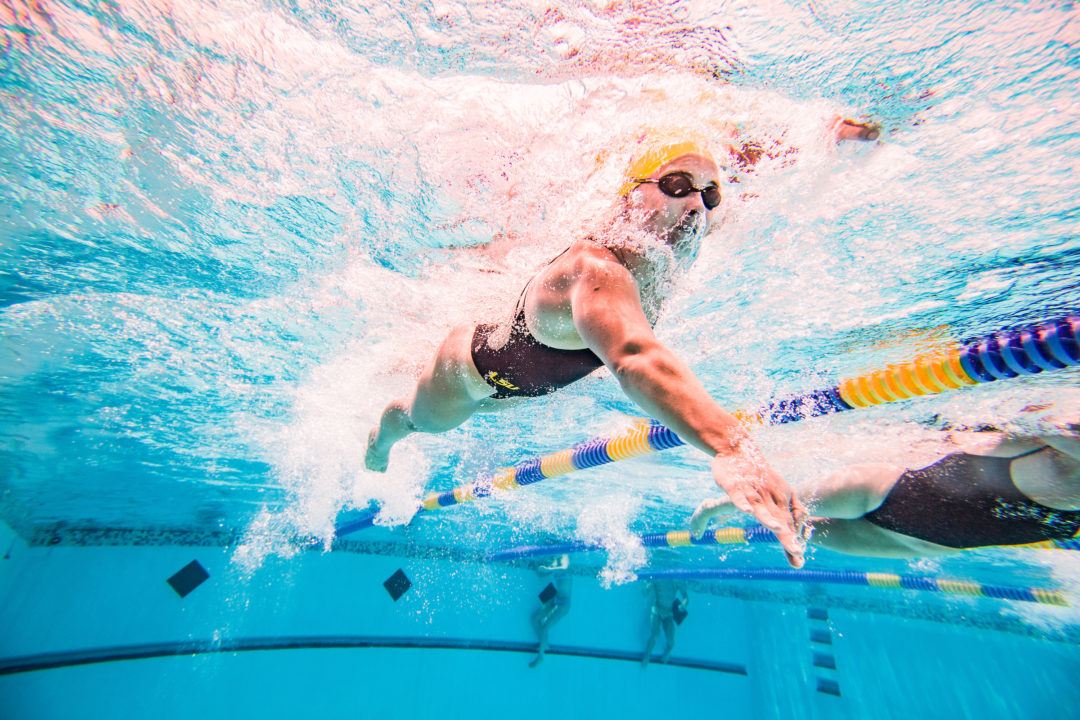 The LSU swimming and diving team will travel to College Station, Texas, to take on Texas A&M on Saturday, Current photo via LSU Athletics Creative Services

BATON ROUGE, La. – The LSU swimming and diving team will travel to College Station, Texas to take on No. 10 Texas A&M on Saturday, January 19.  The meet will begin at 11 a.m. CT.

The Tigers are coming off winning performances as both the men and the women defeated Incarnate Word and Delta State last Saturday at the LSU Natatorium on Senior Day.

“We are looking to fine tune some things from last week and make a positive step forward as we head into our championship preparation,” said LSU head swim coach Dave Geyer.  “Texas A&M has two top-10 programs and they are always ready to compete against us.  This will be a great test for us to throw caution aside and put ourselves out there in races and see what happens.  If you’re not stepping up on the blocks with the thought you want to win the race then you shouldn’t step up at all.

Last weekend, the Tigers enjoyed success as they either won or placed highly in every event.

Petras now sits with the 37thbest time in the SEC in the 100-yard breaststroke and 28thin the 200.

Luca Pfyffer will look to continue his successful season as the sophomore is coming off two top-three finishes last weekend including a win in the 200-yard medley relay along with Karl Luht, Michael Petro, and Matt Klotz.

On the women’s side, Brittany Thompson will be back in action after winning twice last week against the Cardinals and the Statesmen.  Thompson touched the wall first in the 200-yard backstroke and the 200-yard individual medley.

The LSU diving team will also be back in action as they look to continue an already successful season.

“We are very excited to travel to College Station to compete against Texas A&M,” said LSU head diving coach Doug Shaffer.  “We have a long-standing home and away rivalry which always proves to be one of our best dual meets of the year.  Texas A&M is strong off the blocks and the boards.  We performed very well last weekend and I look forward to carrying that momentum into College Station.”

Juan Celaya-Hernandez is coming off of a performance in which he set two LSU pool diving records.  On the one-meter, Celaya-Hernandez scored 438.35 to claim the victory.  On the three-meter he scored a 460.00 to take the top spot.

The previous one-meter pool record was held by Chris Colwill of the University of Georgia.  The three-meter was held by Celaya-Hernandez, which he set in 2017.

Matt McClellan finished second on both springboard events as he scored a 309.65 on the one-meter and a 380.10 on the three-meter.

On the women’s side, Aimee Wilson won the first event of her collegiate career as she won the three-meter with a score 373.85, which also broke the LSU pool record that was set by Olympian and NCAA Champion Jaele Patrick of Texas A&M.  On the three-meter, Wilson finished second with a 310.60.

Lizzie Cui took the gold last weekend on the one-meter diving to a score 315.65.  Cui finished second on the three-meter with a 350.10.

The meet will be aired on SECN+ and live stats will be available here.