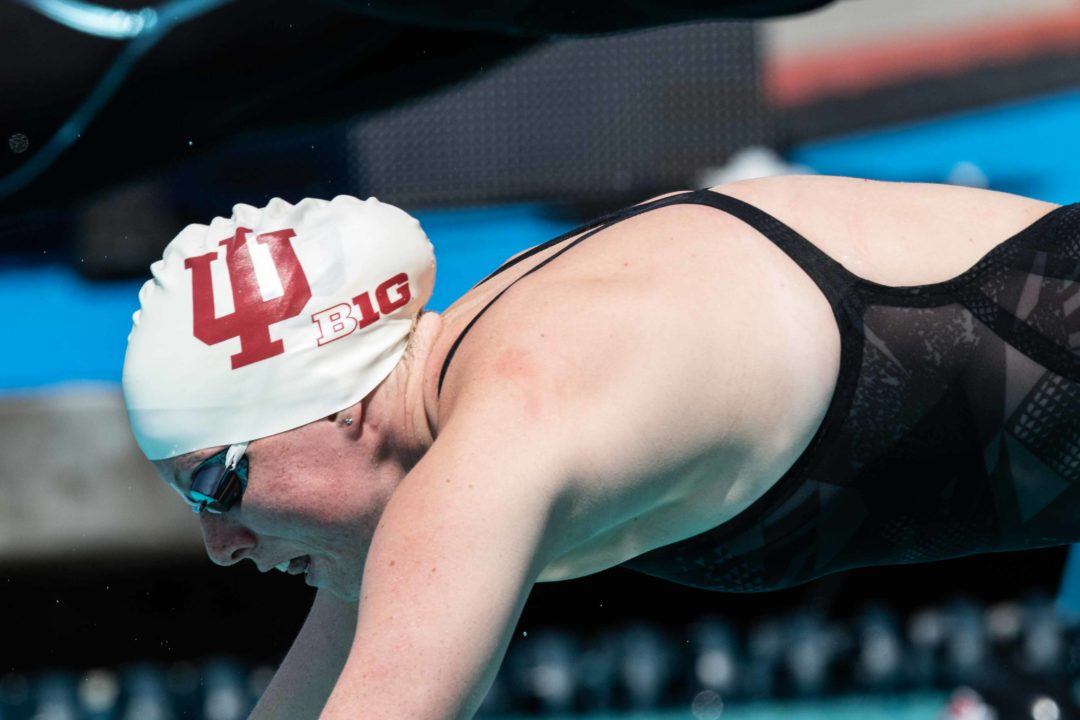 Lilly King has taken the women's 100 breaststroke to yet another plane of superpower. Archive photo via Mike Lewis/Ola Vista Photography 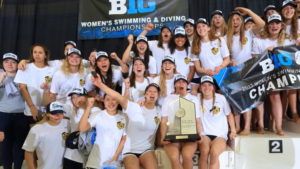 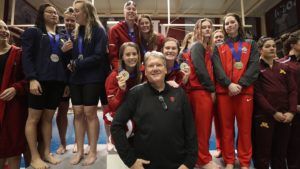 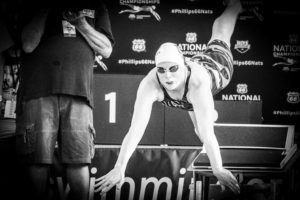 Indiana senior Lilly King has been pushing the bounds of women’s short course breaststroking in all 4 of her seasons at Indiana. It appears, though, she’s got more to give.

In Thursday’s 400 medley relay final at the Big Ten Championships, she split a 55.66, which is the fastest-ever 400 medley relay split in the event. That helped Indiana to a 3:26.06 in the relay, which won the title and set the IU Pool, Big Ten Meet, and overall Conference, Records.

The previous best split was King’s 56.02 from last year’s NCAA Championship meet. At Big Tens last year (where Indiana also won and set the old conference record in 3:27.81), she split 56.92. She was about 1.3 seconds better this year than last year.

King was out in 25.51 and came home in 30.15 in the swim. By comparison, in the NCAA final last season, she was out in 25.88 and back in 30.14, so her closing split was almost the same, but her opening speed was the difference (her reaction time was .12 faster this year, explaining some, but not all, of the improvement).

The next-best split in the field went to Minnesota’s Lindsey Kozelsky in 58.03, followed by Michigan’s Miranda Tucker in 58.90. Tucker was King’s teammate for a season at Indiana before transferring to Michigan. Those two swimmers will be the heirs to the Big Ten breaststroke throne when King graduates next season.

Of the 4 swimmers on Indiana’s record-setting relay, half were new from last year’s group, the leadoff and anchor:

On Wednesday, King also had the fastest-ever 50 breaststroke split on a medley relay in 25.36. She was very-nearly as fast on the first 50 of her 100.

It will be interesting to see her 200.

Lilly King in full beast mode! If recalling correctly, a couple years ago, she peaked for this meet (likely without trying – it happens sometimes) then at NCAA’s her times were a bit flatter. Hopefully she is saving the best for her last NC2A’s.

Maybe Ray is going to let her go full taper for her senior year NCAAs. Put the 100 record away for a decade. Previously, she claimed she was only going to fully taper for the Olympics. Cody Miller’s vlog showed her training pretty hard last year at this time when the other college women. Apparently much more rested now.