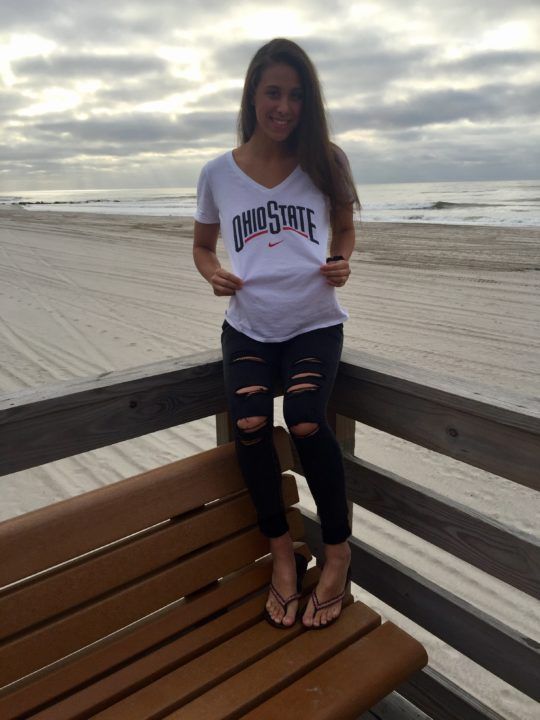 Kristen Romano, a senior at Long Beach High School in Long Island, New York, has made a verbal commitment to The Ohio State University for 2017-18. Romano is the reigning New York State champion in both the 100 fly (54.76) and 100 back (54.28), and swam the backstroke leg on the Long Beach 200 medley relay that set the state record at last year’s championships. Romano has qualified for the NYSPHSAA Girls Swimming Championships for six consecutive years. She is a USA Swimming Scholastic All-American and a four-time high school All-American.

Romano told SwimSwam that she chose Ohio State because of their unmatched academic and athletic support systems. She says The Ohio State University is the best place for her to attain her goals both in and out of the pool.

Romano trains full-time with Dave Ferris at the Long Island Aquatic Club. A U.S. Open and 2016 Olympic Trials qualifier, she swam the 200 IM, 400 IM, and 200 backstroke in Omaha. Her top times are:

Romano will be of immediate value to the Buckeyes. Her 200 back would have scored in the A final at the 2016 B1G Championships, while her 100 back and 400 IM would have made their respective B finals, and her 200 free, the C final. She will enter the Ohio State class of 2021 with fellow commits Hanna Grasser, Katie Trace, Nicole Fye, and Taylor Petrak.