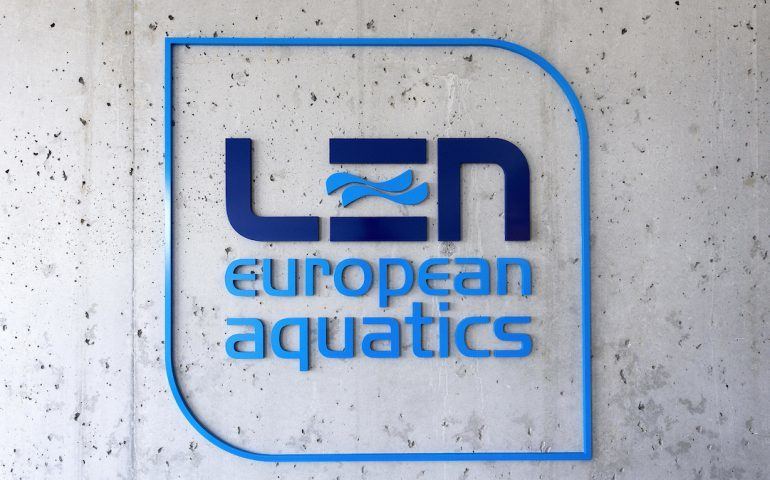 LEN's new Learn-to-Swim program, the 2022 European Championships, and the 2018 finances were a few of the items discussed at the meeting in France. Stock photo via LEN

At their bureau meeting last week, the Ligue Européenne de Natation, or LEN, discussed a number of issues pertaining to the future of aquatic sports in Europe. The list of topics on the agenda included a new continental Learn-to-Swim program, a Prevent Drowning program, the 2022 European Championships, and the upcoming 2019 Short Course European Championships in Glasgow in December. The LEN Bureau also discussed water polo and the rule changes affecting the sport.

First on the table, LEN’s new Learn-to-Swim, Prevent Drowning programme (that’s the actual name), which is aiming to decrease drowning in Europe by 20 percent per year within its first five years, is set to be presented to the European Parliament at its meeting in Brussels on March 20th. Parliament President Antonio Tajani, and Tibor Navrascics, the EU Commissioner for Education, Culture, Youth and Sport. According to LEN President Paolo Barelli, “This should be a tremendous boost to this program as it’s going to earn an even bigger recognition.

Though no numbers were revealed in LEN’s press release, readers were teased with the following statement regarding LEN’s budget:

“At the meeting the first encouraging numbers were also revealed on the 2018 finances. LEN enjoys a healthy financial situation with preliminary 2018 figures showing positive results while an appreciable increase of financial travel and accommodation contribution were given to the LEN Member Federations and prize money offered to the athletes.”

Regarding the 2022 European Championships, “we need further discussions regarding the dates of the multisport event and on the proposed host cities, whether we join the other sports or this time we look for a separate location,” said Barelli.

The mention of joining other sports stems from the proposal of LEN to bring its swimming championships timeline in-line with other sports and their respective continental championships. Though not all sports would necessarily take place in the same city, such as during the European Games, it would be simpler and arguably more exciting for viewers if multiple sports could be broadcast over the same time period, giving a feel similar to that of the Olympics.

More imminent events such as the 2019 Short Course European Championships in Glasgow in December, the 2019 synchro European Cup [sic] in St. Petersburg in May, and the Champions League Final Eight (water polo), taking place in Hannover, Germany in June, are all following their original timelines.

Finally, LEN also mentioned the upcoming Europea Cup finals for water polo, which will be the first time the new FINA-approved water polo rules will be put fully into effect. The new water polo rules were experimentally implemented at the 2018 Youth World Championship, and have gained widespread support from coaches, players, and other members of the global water polo community.