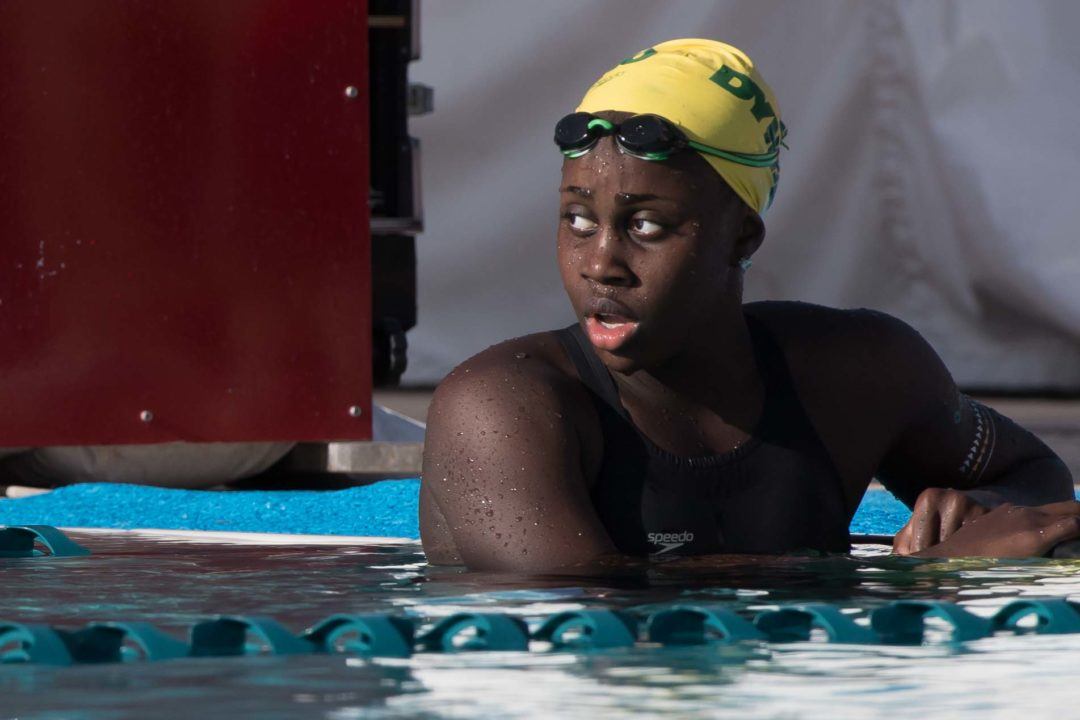 The final night of Athens Sectionals at the University of Georgia featured more exciting races as the four day affair wrapped up.

Starting off Sunday night finals was the women’s 100 freestyle, where Great Britain native Shauna Lee of the Athens Bulldogs managed to hold off Tristen Ulett of Dynamo for the win. Sitting 2nd at the turn, Lee stormed home in 29.19 to overtake Meredith Vay and win in 56.94. Ulett closed even faster, coming home in 29.02, to take 2nd just 0.03 back in 56.97. Vay settled for 3rd in 57.41. Lee adds this win to her 200 free victory on day 2. She was also 2nd in the 400 free on Saturday.

The men’s race did not disappoint either, as Kentucky teammates Glen Brown and Jason Head both threw down identical 51.03s, tying for gold. Zachary Hils was a close 3rd in 51.15, and a third Kentucky guy Shane Anderson took 4th in 51.38. The top-6 in the A-final were all under 52, not to mention three more in the B-final, led by Aldan Johnston (51.47) of Lakeside. Brazilian Olympian Matheus Santana led the prelims in 50.42 but scratched the final.