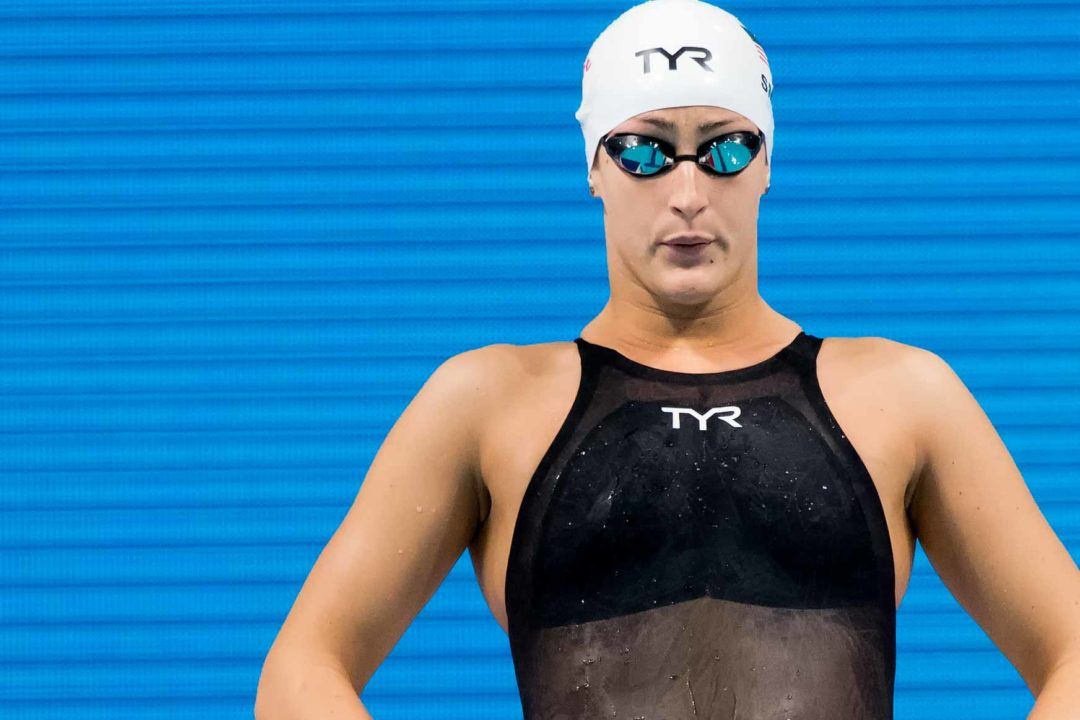 After not racing on Wednesday evening as the top seed in the women's 800 free, Leah Smith is also absent from Thursday morning's heat sheets at the Pro Swim Series stop in Knoxville. Archive photo via Mike Lewis/Ola Vista Photography

After pulling out of the women’s 800 last night, US National Teamer Leah Smith is also not entered in the 200 free or 400 IM on Thursday morning, indicating a no-show at this weekend’s season-opening Pro Swim Series meet. The same thing happened to open last year’s season in Austin, when Smith didn’t scratch pre-meet, but didn’t wind up racing, either. That wound up costing her at year’s end when she lost the 2018 Pro Swim Series title (and the $10,000 prize, plus a year lease on a BMW, that goes with it) to fellow distance swimmer Katie Ledecky by 7 points.

Katis is a Cal alum not Harvard I think?!?

I hope Leah is O.K. The stakes and pressure are much higher when you’re a pro I guess. She would have been a shoe in for the 800 with Ledecky not in it. I always enjoy watching her and Katie go at it in the 400. Oh well