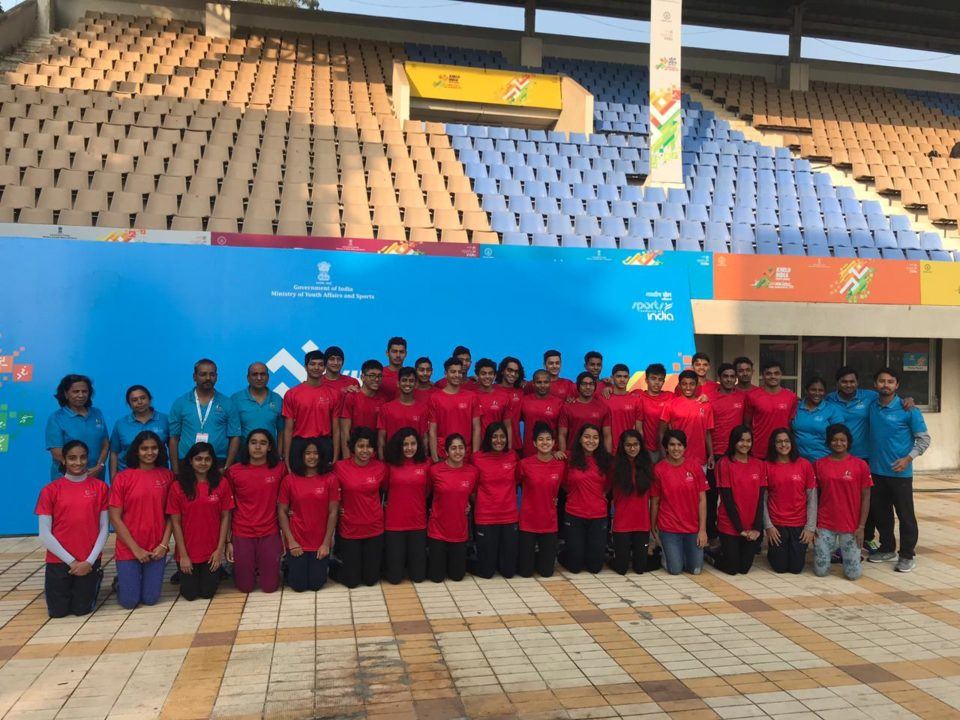 Kushagra Rawat of Delhi clocked 08.14.21 and bagged a Gold medal in 800 Freestyle, just 4 seconds away from the B Cut World Championships qualifying time of 08:10.91. Current photo via Nilesh Shetty

Kushagra Rawat of Delhi clocked 08.14.21 and bagged a gold medal in 800 Freestyle. He is just 4 seconds away from the B Cut World Championships qualifying time of 08:10.91. This augurs very well for both Kushagra and India as the World Championships are a mere 6 months ahead.

Veer Khatkar and Swadesh Mondal’s stars are favoring them making these young lads renowned swimmers across the country. Veer won 2 gold in the Boys under-17 50 Freestyle and 100 Freestyle and Swadesh also brilliantly performed and fetched 3 golds in 100 Breaststroke, 200 IM and 400 IM. In Girls U-17 Prachi outdid the other distance swimmers and won three golds in 400, 800 and 1500 Freestyle.

The swimmers from Delhi ensured that Delhi won the U-17 overall Championships with 242 points. Karnataka were the first runners up with 201 points while the hosts bagged the second runner-up position with 145 points

The U-21 championships saw the hosts reigning supreme with a tally of 192 points followed by Karnataka with 187 points and Delhi with 108 points.

Ace backstrokers and GAF Mumbai swimmers, Maana Patel and Vedant Bapna lived up to their class by winning 2 gold medals each. Maana is making strides to succeed at the global level and Vedant has performed admirably by clinching gold in under -17 Boys 200 backstroke and 100 m backstroke.

SGTIDM swimmers continued their fabulous performance from the National School Games that Karnataka had a run for their money by finishing a close second with 48 medals including 19 gold, 13 silver and 16 bronze medals.