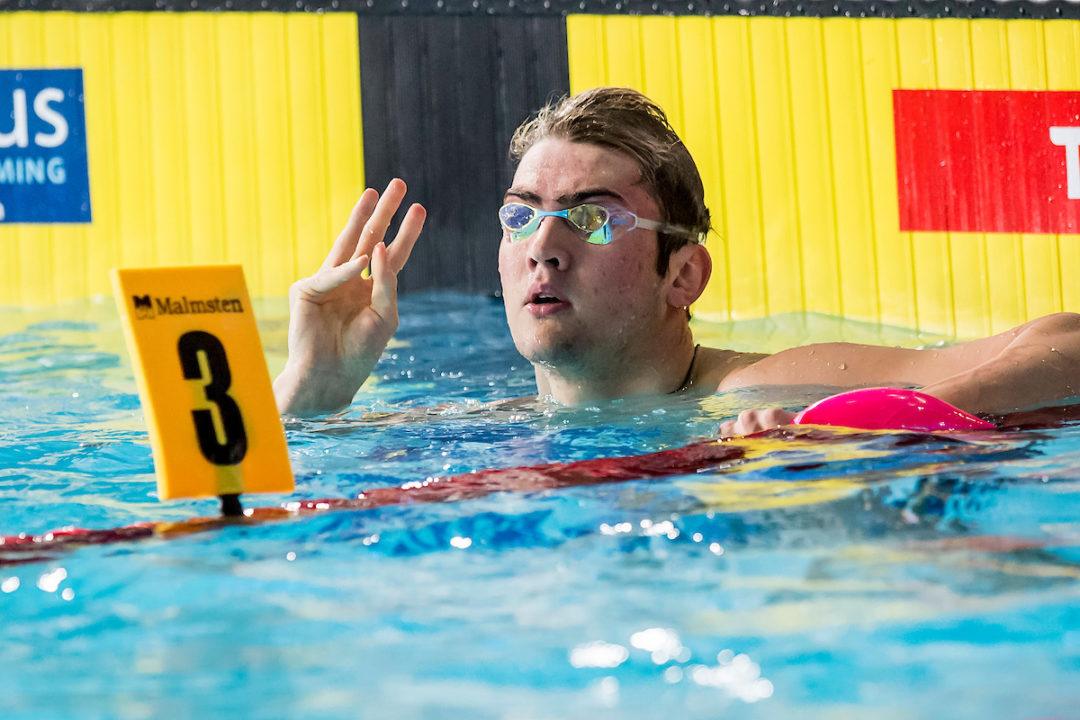 Kliment Kolesnikov and Maria Kameneva each won 100 back titles on day 2 of Russia’s Short Course Nationals, Kameneva improving to 56.67.

Kameneva was 56.78 in semifinals, checking in inside the top 10 in the world this season, and she improved by a tenth in finals. Kameneva is now just three tenths off a national record set in late 2009. She won this event by almost a second at Russian nationals.

Kolesnikov, surprisingly, had a tougher road to the win. He was 50.67, only narrowly beating Andrey Shabasov (50.67) and Grigory Tarasevich (50.92). The 19-year-old Kolesnikov didn’t appear to be swimming with much rest, as he was almost two seconds off his own personal best and Russian record of 48.90. Kolesnikov was 50.1 just a month ago in the International Swimming League.

One more standout race was the men’s 200 free, which was a thriller of a finish between Mikhail Vekovishchev, Vladislav Grinev and Mikhail Dovgalyuk. Vekovishchev had a lead of .01 heading into the final 50, then tore away from Grinev to win in 1:41.73. That appears to be a drop of about eight tenths of a second from the 21-year-old’s previous lifetime-best, and also appears to rank #2 in the world this season, though short course world ranks have been spotty this fall.

Dovgalyuk also closed hard and nearly ran down Grinev for silver. Grinev was 1:42.22 and Dovgalyuk 1:42.27. Both times are faster than anyone in the ISL’s four opening meets besides world leader Alexander Graham.

Other event winners on day 2: