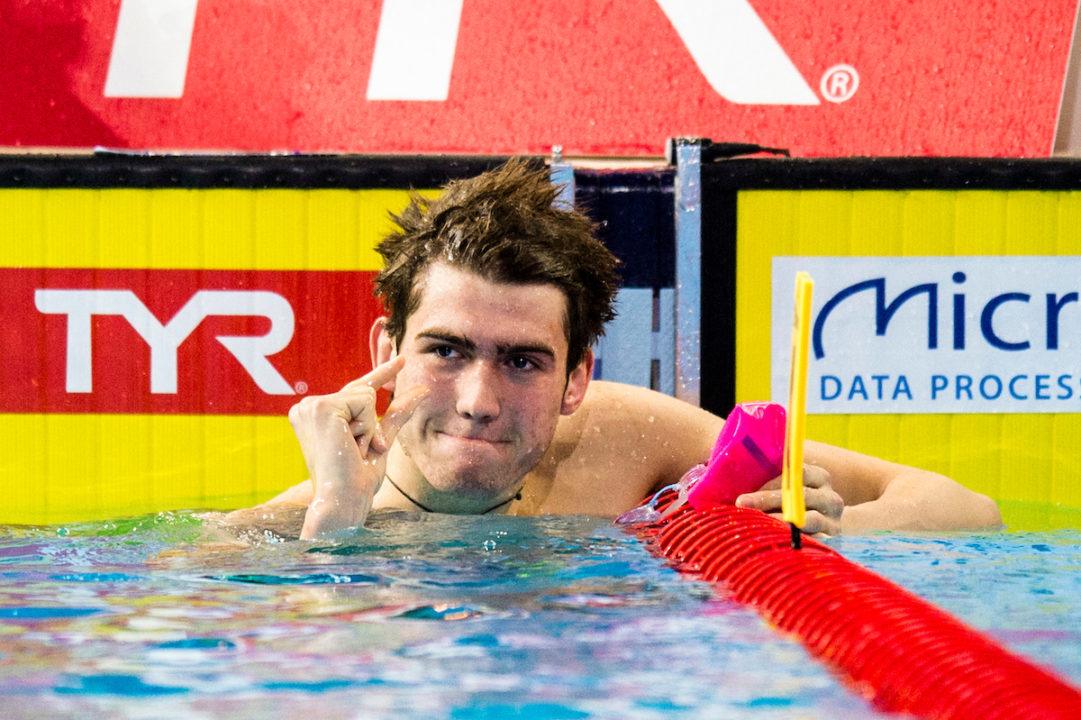 The Russian chops three-tenths of a second off the existing record set by China's Xu Jiayu in 2018. Archive photo via © Giorgio Scala / Deepbluemedia

Kliment Kolesnikov didn’t have the greatest start to the 2020 ISL season, but he sure is closing it out strong.

The 20-year-old Russian knocked a full three-tenths of a second off the world record in the men’s 100 backstroke leading off Energy Standard’s medley relay to conclude day of the league final, putting up a time of 48.58.

Kolesnikov’s swim smashes the previous record of 48.88, set by China’s Xu Jiayu in November of 2018, and takes out his European and Russian Records of 48.90 set in December 2017.

At the time, that swim broke the previous world record of 48.92 held by American Matt Grevers, and stood for 10 and a half months before Xu took it down.

Kolesnikov has become known for his ability to close races out with a flourish, which really stands out in his splits from his old world record. He closed in roughly the same time here, but was almost three-tenths better on the front-half in 23.80. Compared to Xu, he makes all of his ground coming home.

There have now been 10 swims in history under the 49-second barrier, with Kolesnikov being the only one to do so three times. Xu and another Russian, former world record holder Stanislav Donets, have done so twice.

Also the world record holder in the long course 50 back, Kolesnikov had a slow start in Budapest, but has turned up the heat as the season has wore on. He was also joined by his coach inside the bubble mid-season.

The Energy Standard men ended up going under the world record (3:19.16) in the 400 medley relay, clocking 3:18.28, though it won’t officially hold up in the record books because the team featured swimmers from more than one nationality. The old record actually belongs to the Russian team, that featured Donets on the lead-off, from the 2009 Vladimir Salnikov Cup.

I’m going out on a limb and saying no

wow! thx for pointing it out

Not exactly clipping for a 100. They were demolished.