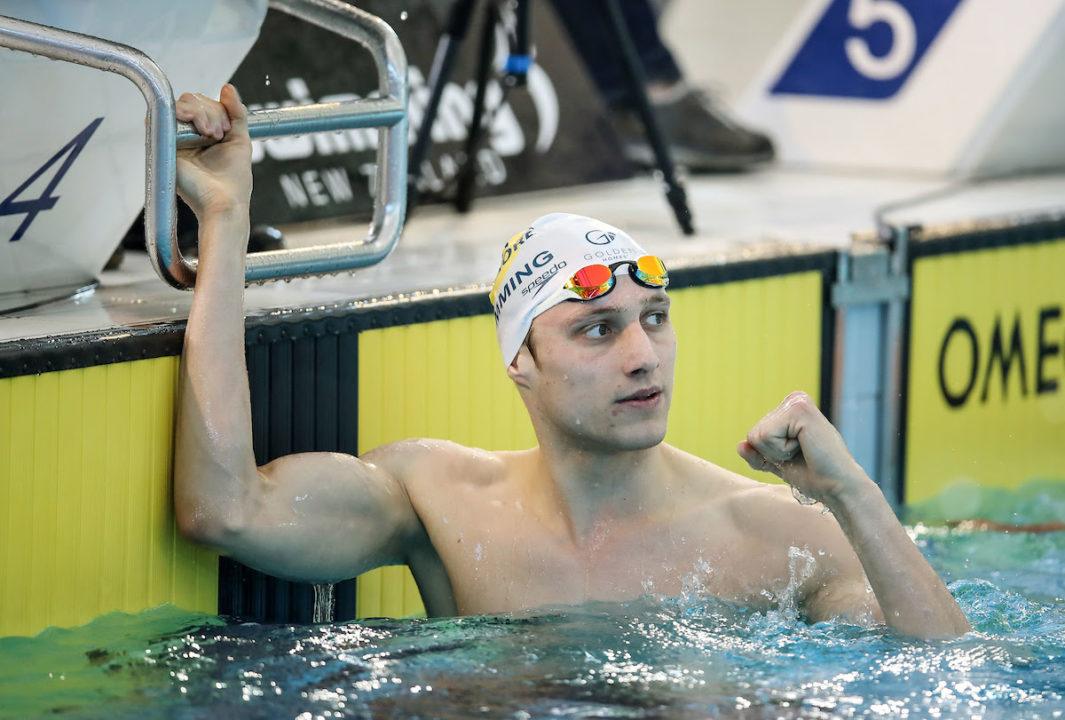 Bradlee Ashby of New Zealand lowered his own National Record in the men's 200m IM in tonight's final. Archive photo via Simon Watts/www.bwmedia.co.nz

In addition to a new Chinese National Record clocked by 200m IM winner Wang Shun, New Zealand’s Bradlee Ashby clocked a new national standard en route to placing 8th tonight in Hangzhou. Ashby made it into the final by way of a scratch by Russia’s Kliment Kolesnikov.

This morning, Ashby registered a time of 1:54.13 for a new National Record, beating his 1:54.51 from October’s New Zealand National Short Course Championships. That positioned him 9th before the Russian’s scratch.

Taking advantage of making the final, Ashby managed to shave another .12 off of his lifetime best from the AM to score a new NR of 1:54.01. That kept him at 8th place in tonight’s race.

Ashby also owns the Kiwi national standard in the 100m IM at 53.16 and will contest that event here in Hangzhou as well.