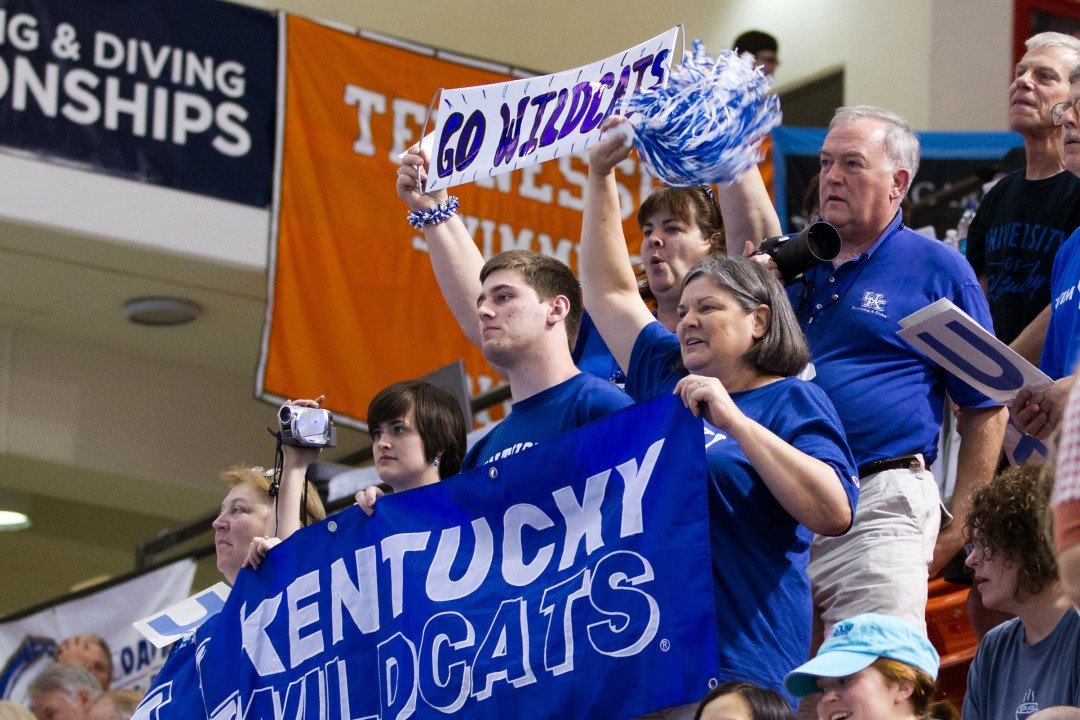 Kentucky junior George Greenhalgh didn’t wait for Friday’s individual 100 breaststroke event to lock up his qualification for the 2016 NCAA Championships. Rather, he went full-bore in a Tuesday time trial, before any official racing began at the meet, and came out with a 52.51.

That time currently ranks him as the 6th-fastest breaststroker in the NCAA this season, and breaks his own Kentucky School Record by a full second – he was a 53.54 in 2014 as a sophomore, and didn’t improve upon that time as a junior.

While the time is not officially an NCAA Automatic Qualifying Time, it’s fast enough that he’s all-but-guaranteed a spot at the NCAA Championships at the end of March in Atlanta. The time would’ve placed in the B-Final at last year’s NCAA Championship meet.

Later in the day, Greenhalgh would split a 24.05 on Kentucky’s 200 medley relay that placed 10th out of 10 teams. Despite his fast 100 time on a flat-start, that 50 split ranked him only 8th out of 10 breaststrokers in the medley relay

Greenhalgh is also the Kentucky school record holder in the 200 breaststroke, which he’ll swim later in the meet.