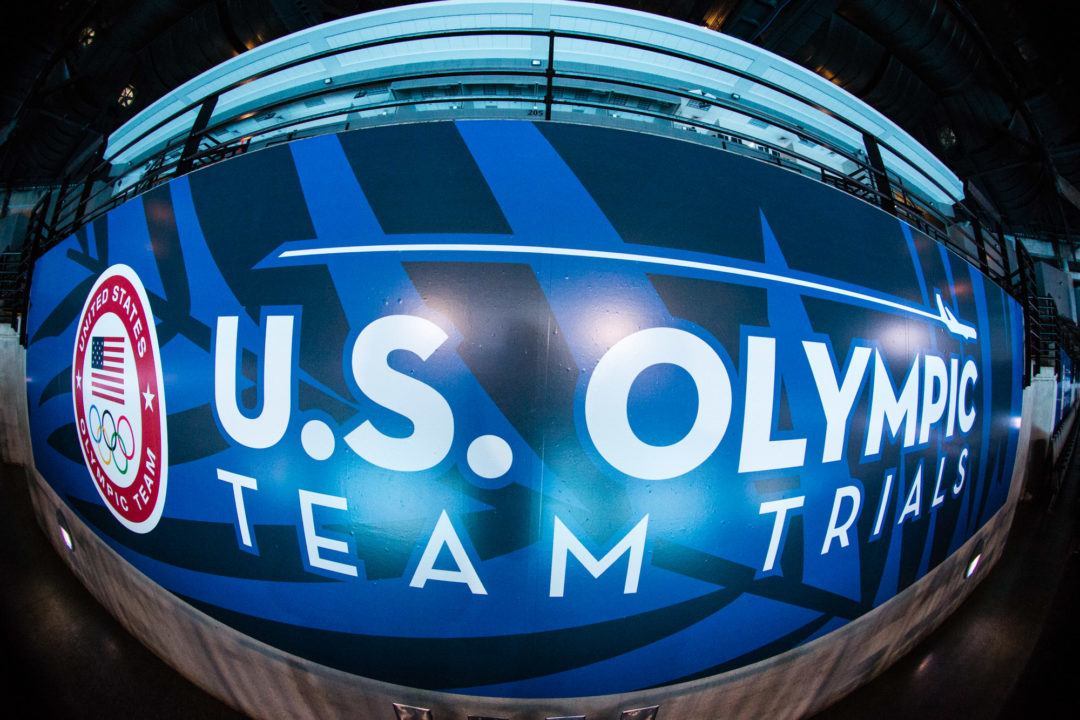 Kelton Graham has released a statement apologizing for his arrest in Omaha during the 2016 U.S. Olympic Trials. Stock photo via Tim Binning/TheSwimPictures.com

Kelton Graham, the former head coach of Club Wolverine, has released a statement after his arrest in Omaha, Nebraska last week on prostitution charges.

Graham, who was in town for the 2016 U.S. Olympic Trials, was arrested and pleaded guilty to soliciting prostitution. He was one of 11 people caught in a sting by local police.

Graham was terminated with Club Wolverine after his arrest.

The former head coach of Club Wolverine did not coach the program’s elite post-graduate squad affiliated with the University of Michigan, which is the program’s most visible component. He worked primarily with swimmers in high school and younger.

Graham’s full, unedited statement is below:

Now that the Olympic trials for swimming have ended, I wish to briefly address my recent disgraceful behavior in Omaha.  First, I want to apologize to my wife, family, and friends.  They know me and know that my wrongdoing does not represent my character—it was a grave and uncharacteristic misstep.  I truly regret that they have been associated with my disgraceful behavior.  I apologize to them and ask them to forgive me.

Finally, I want to apologize to Club Wolverine.  CW is a first class organization that has nurtured the talents of some of the best swimmers in the nation and the world.  I was privileged to serve there.  While I believe their decision was sudden and draconian, I must respect and accept that decision given my wrongdoing.  I apologize to that fine organization for any adverse impact it might suffer because of me.  Such results would themselves be unfair—the fault here is all my own.

I have no more to say on this matter.  I ask the press and the public to respect my privacy and that of my family as I seek to make reparations for my wrongdoing, learn from my mistake, and move on with my life for myself and my family.
Sincerely, Kelton Graham.

Seems like a forced apology and I cannot believe he should have expected any other outcome than to be fired. To call it draconian implies that he really does not feel that he did anything that wrong. Actually, his real behavior came out and to say that that is not him is rather difficult to believe.

Why is what he did wrong? If a girl wishes to accept money for sex, who is tell her she can’t do what she wants with her body. Maybe if these barbaric laws didn’t exist we could regulate the practice and these girls could stop resorting to using dangerous pimps.

Regardless of our moral standings on the matter, coaches should follow the set laws by virtue of wanting to be positive role models for their swimmers. There are many grey areas in all of this, but at the end of the day a law broken. One that USA swimming and its clubs do not need to tiptoe around.

Very true. You’re right, he did break the law. Even though I personally don’t believe he did anything wrong, it was definitely irresponsible given that these laws unfortunately exist.

when that rule is applied consistently and without fail to all coaches, then I agree completely. Since there are numerous coaches who have committed felonies and were protected literally for years, your argument is not really relevant here for Kelton who admitted to a misdemeanor charge of attempted solicitation. USA swimming has been attacked for employing coaches who were known pedophiles or chronically harassing athletes, and claimed the situations were grey areas and protected coaches. The last age group coach who should be thrown under the bus with lightning speed is Kelton Graham. Kelton’s statement of apology is more honest than other age groups coaches who have done far worse direct and life-scarring harm to swimmers Kelton messed up but… Read more »

It wasn’t USA Swimming who fired him, it was the individual club. Also, I’m guessing the club did so because of all of the bad publicity USA Swimming has gotten in the past about pedophile coaches. They don’t want anyone on their staff with questionable criminal charges, especially ones that involve sex.

Maybe you could ask his wife and family if what he did was wrong? Breaking the law is one thing. Betraying the person you vowed to stand by the rest of your life is another. Also, is this considered a sex crime that USA Swimming would have no choice but to give him a lifetime ban?

Most prostitutes are modern day slaves. They are used over and over and over again against their will, many of them underage. The girls involved are usually targeted because they are orphans or don’t have anybody looking for them. Big events (Olympic Trials, the Olympics, super bowl etc…) are huge for the sex slave business. These girls are literally trapped and are beaten and punished severley if they disobey those in control of them. There is no escape unless police somehow come across them and they have the voice to say something and not be scared for their lives. They cannot make it legal because of this. There is no way to weed out the willing from the non willing.

True, but no sex slaves were involved here.

Ultimately, I agree with you but let’s not color the events here differently than what happened: an under cover officer solicitored a man. No sex occurred.

Regardless of what one thinks should be legal in this situation, the fact is that we have to play by the rules in the game in which we choose to play. When one chooses to be a swim coach, they choose to work with children. This ultimately means you will be held to a higher moral standard than others. You have to be a role model for these children, and their parents will want to know that their kids are in good hands. I agree with some arguments for legalizing prostitution (If you assume it’s a voluntary profession. In a lot of cases, it’s not), but I would certainly be upset to find out that somebody who influences my kids… Read more »

Barbaric laws? Are you for real? 99% of women and girls are forced into prostitution because of human trafficking, drug addiction, extreme poverty and/or abuse. People who solicit prostitution perpetuate the problem.

Prostitution is the world’s oldest profession. I feel sorry for the coach who I don’t know and never have met. While I don’t think he made a wise choice. he has been dragged through the mud on this forum like he’s a mass murderer. He’s not the first man on earth who has ever been caught in a prostitution sting and sure won’t be the last. I know more than one married man who has been with a prostitute, a whole lot more and they are good family men and good fathers to their kids. They’re just tired of their spouses and need a short “vacation” once every blue moon. Familiarity breeds contempt. Do you think he’s the first swimming… Read more »

There are several reasons what he did was wrong. One, it is illegal, 2 he is a married man and he has children. 3 he coaches young kids and his behavior shows that he views women on some level as objects, not good when some of the kids are female. 4 if you look at studies of prostitution you will see that women go into it for a variety of reasons most of them not very good ones. Just because someone offers you something does not mean that you should be taking it and adding to someone’s psychological issues. There are a lot of things to think about here. Quite frankly I think the person to feel sorry for right… Read more »

It’s wrong for no other reason than he is married. How can anyone think this is a good idea?

Yes, I also thought, when I read the word “draconian”, that the only thing this guy truly regrets is getting caught. I also have a hard time believing that this is “out of character” or the first time he has engaged in this risky behavior. As far as the punishment- come on- everybody knows that USA Swimming at this point has a 0% tolerance for any sexual impropriety or illegal behavior. As far as legalizing prostitution goes, while there are some good arguments for it, the problem is that many, if not most prostitutes, are survivors of childhood sexual abuse. I have seen documentaries and interviews where sex workers talk about this. We can’t condone their exploitation any more than… Read more »

when I read Draconian alongside an apology pretty much claiming he deserved to get caught, I thought if you have a history with CW, you know he is being treated in a Draconian way compared to other coaches. No one who gets arrested is happy about getting caught but if one of the CW Elite group coaches or Elite athletes hypothetically got caught doing something similar, they might have gotten legal advice. In the original article, a commenter said Kelton was probably wearing a CW t-shirt. That sounds pretty plausible.

Downvote all you want. You’d have to be truly stupid, or just never thought about it, to think it shouldn’t be legalized.

Pleare elaborate. Calling others “stupid” who disagree with you doesnt do much to convince anyone.

Oops I’m sorry, I misread your comment. I thought you said shouldn’t be *illegal.

Well there is a dash of brilliance
You shouldn’t call some one stupid unless it turns out they agree with you. Then it is ok. Amazing.

Have to chuckle, Markster. Your first point seemed correct; your recantation is pretty hilarious. PMD’s “stupid” comment does seem to have “convinced” you.