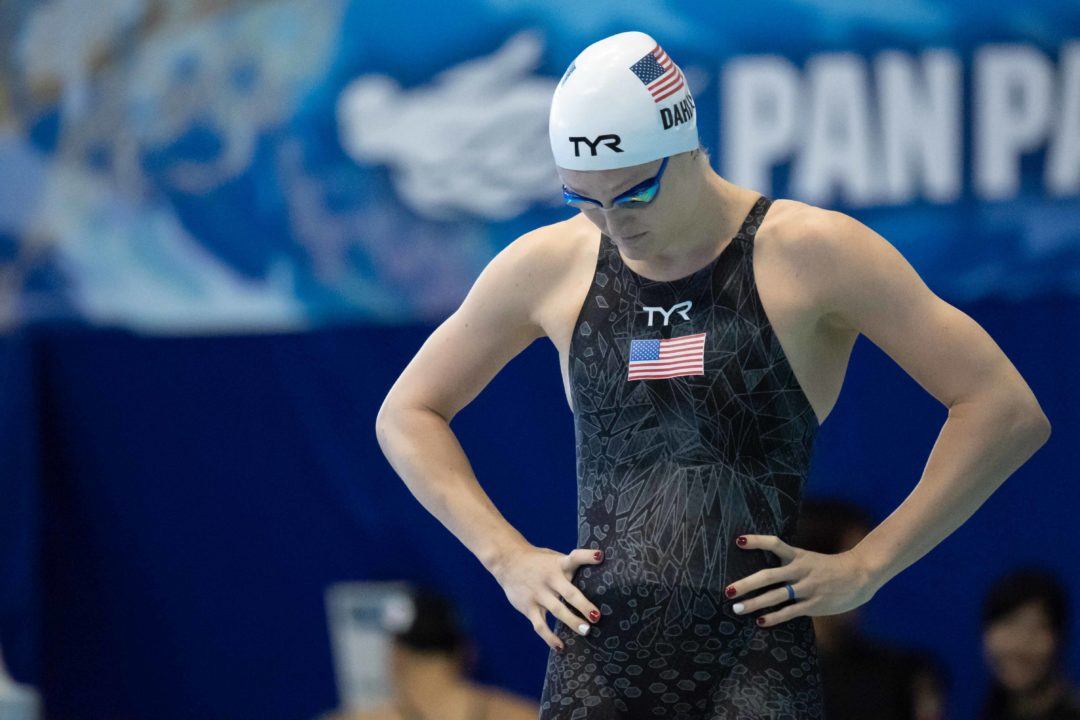 Kelsi Dahlia followed up her American Record breaking performance from Eindhoven in the women’s 100 fly by going one better on the final day of the stop in Budapest, lowering that record once again but also breaking the World Cup Record and winning the gold over world record holder Sarah Sjostrom.

Dahlia, who went 55.21 in Eindhoven to break her 2016 American Record by .01, sat one-tenth back of Sjostrom at the halfway mark in 25.95, but charged home in 28.89 to run her down and snag gold in 54.84. She was nearly four-tenths under her previous American Record, and slipped under the World Cup Record set by Sjostrom in that Eindhoven race of 54.91.

Her swim stacks up as the 2nd-fastest performance in history, with Sjostrom’s 2014 world record of 54.61 the only time anyone has been faster. In fact, the 55-second barrier had only been dipped under once until last week, and now we’ve seen it done four times with Sjostrom doing so at back-to-back meets and Dahlia doing it here.

Congratulations to her ! Well-deserved !

Wow that has to feel amazing to beat S.S. even if it’s in short course!