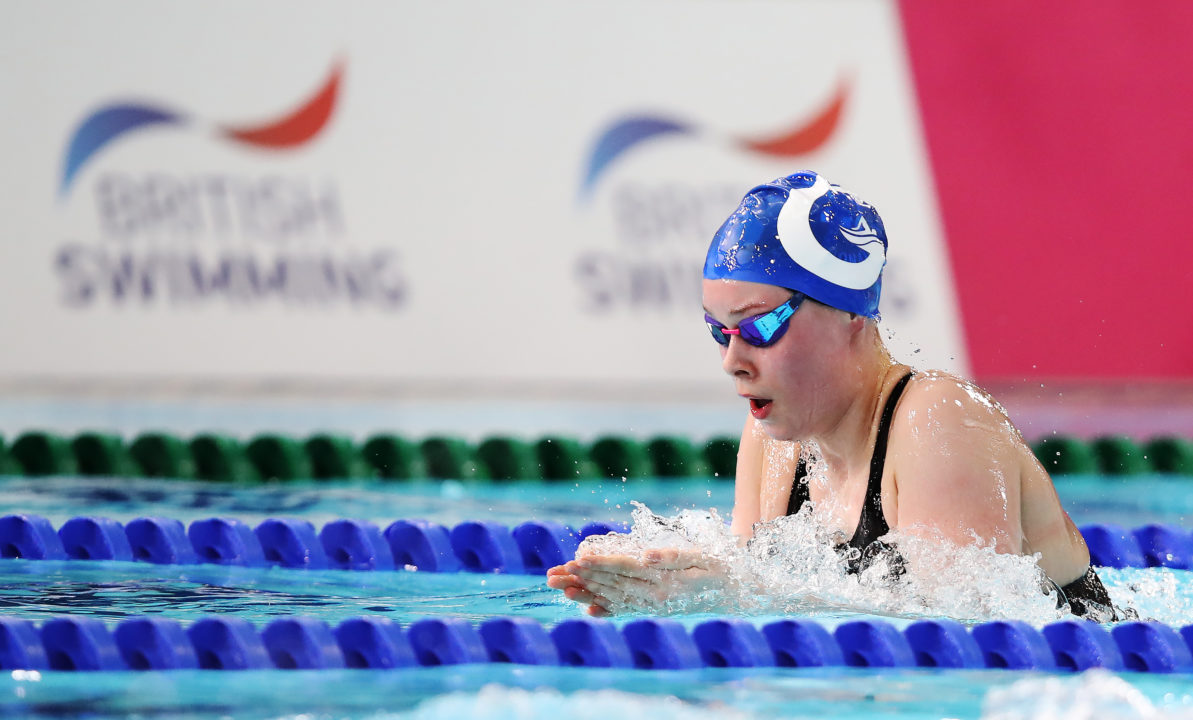 Katie Shanahan took 4-tenths of a second off the British Age Record for 16-year olds in the 200 IM on Saturday. Archive photo via Ian MacNicol for Scottish Swimming

Swimming on Saturday at the 2019 British Swimming Championships, Shanahan swam a 2:15.29 in the “Transition Final” designated for swimmers aged 23-and-younger. That time won the consolation heat and knocked 4-tenths of a second off the old record of 2:15.69 that was swum by Ciara Schlosshan in this same pool in 2016.

Schlosshan, who went on to finish 5th at the 2017 World Junior Championships, raced as recently as February, but has shifted her focus to butterfly, and has swum just the 50 and 200 meter butterflies so far at this meet, and is scheduled for the 100 fly on Sunday as well.

Shanahan’s swim also broke her own Scottish Age Record of 2:16.03 that was set in March. She’s now broken this record at 3 separate meets so far in 2019, in total lowering the mark by more than 3 seconds since January.

The record-setting swim comes after she broke her own Scottish Age Record in the 400 IM earlier in the meet with a 4:46.62 (which was also faster than Hannah Miley’s 15-year olds record of 4:47.47).