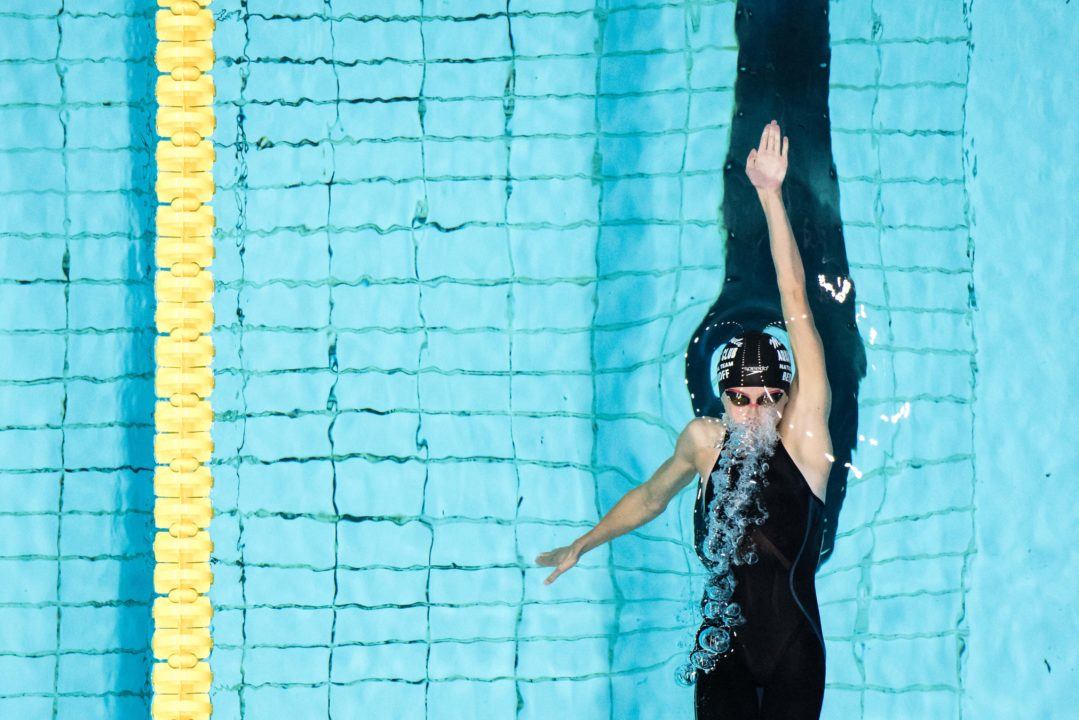 Katharine Berkoff of the Missoula Aquatic Club had two great swims on the final night of the 2019 Washington Open.

Berkoff, who recently announced her commitment to NC State for this coming fall, started things off with a victory in the 100 back. She was 51.47, splitting 25.03 / 26.44 and winning by a whopping four seconds. She was a bit off of her lifetime best in this, a 50.72 from the 2018 Winter Jr Champs – West last month. Later, in the 100 free, she was the only finisher under 50 seconds to win at 48.90. That was a hundredth faster than her old personal best.

Former University of Alabama swimmer Chris Staka of Aptos Cabrillo Swim Club in California won the 100 free in 44.37 ahead of 16-year-old Kai Crews of Truckee Tahoe Swim Team (44.69). For Staka, who spent two years at Alabama but left after the 2017-18 season and is currently looking for a new school to attend, that’s a lifetime best by over a tenth. Staka, who didn’t make the 2017 NCAA roster for the Crimson Tide, competed at NCAAs in 2018 and then this summer finished 7th at U.S. Nationals in the 50 back.

Meanwhile, that was a huge swim for Crews, who took nearly a full second off of his old best from a month ago with this morning’s 44.81 (and he set a new PR tonight with his time). Crews also won the 100 back (48.79), which was another best, in a time that ranks 9th amongst 15- to 16-year-olds in the country this season (from September 2018 to now).